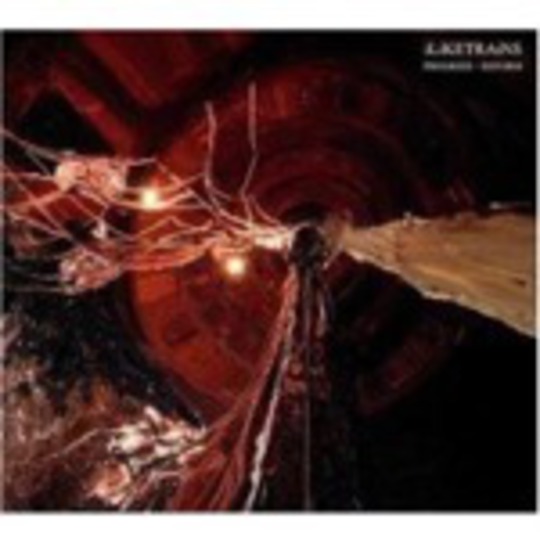 When iLiKETRAiNS first appeared as part of the Dance To The Radio-inspired Leeds revolution, most casual observers didn’t know whether to laugh or cry at their moniker and seemingly forced gimmick of regaling themselves from head to toe in British Rail insignia. But then of course, having the songs for one’s self, an altogether different opinion was formed. This was no cheap attention stunt. Instead their whole repertoire resembled something of a glittering history lesson. Bad Seed style murder ballads colliding with guitar orchestrated symphonies is the order of the day here, make no mistake. iLikETRAiNS may have their love affair with locomotives and steam engines firmly cemented, but they also know their way around big, dynamic tunes compounded with stories that would have most historical researchers choking on their hummus sandwiches.

Progress Reform then is pretty much a collection of the iLiKETRAiNS story so far. Of the seven songs on the album, four have already seen the light of day in one form or another, and all form an essential part – both sonically and visually – of their extraordinary live show.

While their musical dexterity cannot be underestimated - indeed, take all of the best bits of Sigur Rós’ last two albums, throw in a bit of Explosions In The Sky-like scenic escapism and TV On The Radio’s propensity to throw in the unexpectedly surreal just when you think the song’s about to end and…and you’re not even close to the path iLiKETRAiNS are treading. In actual fact, they drift a lot further off the scale of expectancy than any of their peers, both past and present, which is a triumph in itself considering most of these works represent the band’s more embryonic developments. No, it’s the studious depth of research into each of their songs’ subject matters that belies belief. There’s no dwelling on the banal expressions of day-to-day humdrum here, or any fly-by-night gesticulations with popular culture. Y’see, iLiKETRAiNS don’t want to be forgotten about in fifteen minutes, or even fifteen years for that matter.

So what we get here is the narrative tale of Captain Scott’s failed Antarctic expedition of 1912, from the leader’s own point of view of course (‘Terra Nova’). Then there’s the story of Bobby Fischer, the world chess champion who went into self-imposed exile after being imprisoned. Elsewhere, ‘The Beeching Report’ is a damning verdict of the railway reforms of the 1930s (and gives the album its title) while ‘Stainless Steel’ is an allusion to kitchen sink homicide after one’s partner has done the dirty deed behind one’s back. In fact, this is possibly the nearest iLiKETRAiNS get to the real gritty drama of everyday life, or it would be were it not for the middle eight eruption of guitars and cornet that continues for a full three minutes until the song’s eventual closure.

Quite simply, Progress Reform is a breathtaking entrée to anyone not familiar with iLiKETRAiNS' work, and to those who’ve already experienced that privilege, it represents a sacrosanct reminder of possibly the most insightfully ambitious band doing the rounds at the minute. If only every history curriculum was as thought provoking and colourful as this, eh?