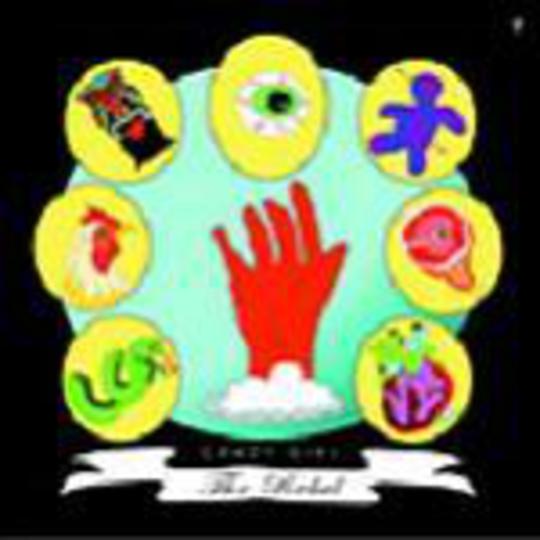 Y’all know Robert Johnson, right? Yeah, that’s the one. The wrinkly blues dude who decided that he’d sell his soul to the devil for the ability to play a meaner axe than Kirk Hammett, John Squire and the one named after a rodent from Ned’s Atomic Dustbin, PUT TOGETHER. (I know! Imagine!) Well anyway, Crazy Girl, known to herself and her dawg as New Orleans-born Tiff McGinnis, decided she liked the sound of that and, ignoring that she’s already got the voodoo magic of the Deep South to fall back on in such circumstances, has returned from the crossroads to display the gift that Lucifer has given her…

By the time twenty seconds has elapsed on her new single ‘The Rebel’, though, (where the tale of her soul-swap is supposedly chronicled), it initially seems that Beelzebub has given the poor gal a raw deal. The music builds, tension straining into what seems like the perfect guitar fanfare for a Led Zep-sized monster riff, and then... it slips into a damp, funk-tinged jam, suggesting that Satan’s power has climaxed before Miss McGinnis has even opened her mouth (oo-er). Even though the opening turns out to be a bit middle-of-the-(cross)road, it’s Crazy Girl’s vocals that make the whole song grate quicker than it should – her sassiness hardly makes up for the mindless repetition in her lyrics, and for all the gusto she puts into them the lack of any notable flourishes makes her performance fall flat.

However, after about two-and-a-half minutes, the band seem to effortlessly drift into a different song, and a much more lively one at that. It’s all flailing guitar solos and foundation-bothering drums and Tiff holding her appearance despite sounding like she’s riding the tune like a bucking Bronco. So maybe the devil doesn’t quite have the best tunes, just the ones that creep up on you the sneakiest. It should be warned, though, that the listener is the one most likely to be possessed by this track in a less-than-appealing manner; if you wake up in a cold sweat singing “throw me a bone, somebody, throw me a bone” after only one listen, then blame it on the lack of lyrics for Lady Crazy to play with in five minutes’ worth of tune.

To make matters worse for those already annoyed by the chorus, the single comes flanked by a host of remixes focusing on just that. Optimo do their best to make the song sound like an impending takeover from the dark overlords of Hades or whatever, but the feeble beats and slightly cheesy effects make it sound more like the theme tune to Crossroads than a soundtrack to a meeting there. Aspex’s remix thankfully does a great impression of Underworld, which means writers like me get to make a pun about Hell and so forth, but also because it means that an epic, jittery, dark-house woofer-workout is created in the process. It’s London producer Niyi that romps home with everyone’s lunches, though, solely by sounding like he’s stuck the vocal over a phatter-than-full-cream bassline and made up a rhyme about it off the top of his head. So, stick to the remixes then.

Panic At The Disco, Men Women And Children at Astoria, London, Tue 25 Apr