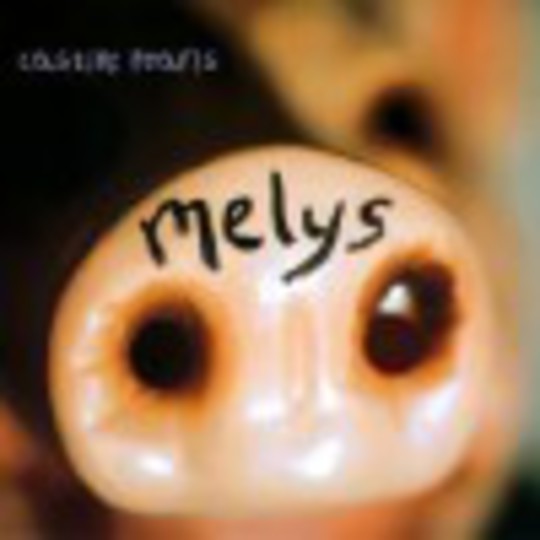 In truth it's a proven combination that has served the four-piece well throughout the years: a stew of soul-led scene-stealing that serves to reinforce the band’s reputation as edgy poppers.

The group set out their stall with the geddafuckawaygrace of album opener 'Plasticine': an all-out, balls-out attack on the Music Industry – perhaps a hangover from their experiences on other labels before setting up their own imprint, Sylem Records. Andrea’s lollipop lovemaking here, as throughout the album to an extent, is underpinned by the nasty lads’ textured and filthy backing lines: “Make me feel like I'm only yours / It's the truth 'though I'm not really good at all / Make a splash spending cash / Give out gold rewards / Cock-sucking narrow-minded selfish media whore”. You can take the boy outta The Skabbs...

Elsewhere, Melys’ playful sensuality and liking for musical misquotation shines through. The 'Rip Her To Shreds'-like organ romp of 'Baby Burn' is straight outta New Yoik circa '75 via Swallow Falls, while 'So Good' is pure summer Indie Pop in a '66 stylee – even Paul gets a chance to sing on this one – and the 'Yellow Submarine' pisstakes in the middle-eight allows guitar dude Big Rich the chance to grind out some grated-cheese nonsense. All in the best possible taste, of course. The sweetest possible taste.

Also, ‘Dirty’ comes on like 'Beetlebum' and twists into the very Melys bitchass chorus and dynamic intensity that references debut album, 'Rumours And Curses', closer than perhaps any other track on 'Casting Pearls'. 'Take Me Out' is pure Catatonia hiraeth, from the misty August musicality down to the Barry Island lyrics and the expansive 'Don’t Let The Sun See Me Cry' is all harmony and resigned lissom laziness. Prick up your ears – it’s a dirty world, and she’s a dirty girl.

Melys’ strength has always been that they aren’t afraid to play with genre and this collaboration with legendary Super Furry Animals/Vaffan Coulo producer, Gorwel Owen, allows the band's bustin-out-all-over ideas the rare opportunity to mature as the band explore their musical horizons.

Generally this is an album imbued with naivety, weary frustration, tension and near-resolution. Although, in comparison to their live show, its dynamics are more intricate than intrinsically psychosexual. Andrea’s vocals have always been offset beautifully by stunning arrangements and crafted trippy punkiness – this is the sound of a band growing up into pseudo-respectability, but underneath the Ferrero Rocher cocktail-dress coyness the nipples are still pierced with barbed wire.