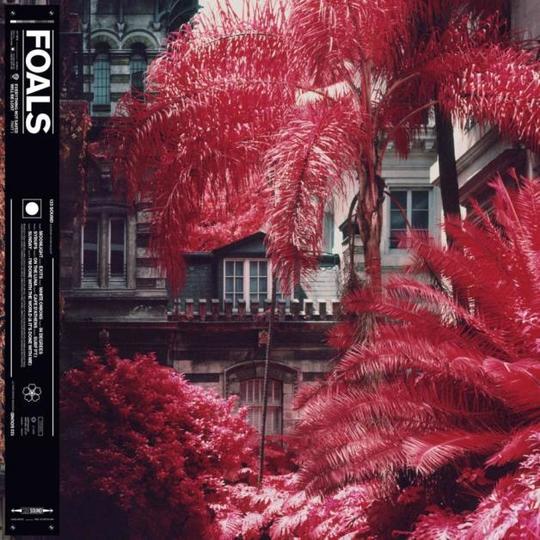 Foals need no introduction. From Antidotes to Everything Not Saved Will Be Lost Part 1, they've solidified themselves as the defining soundtrack of a generation, headlining festivals all over and accustomed to sold-out crowds. With massive bangers like 'My Number' and 'What Went Down', all eyes have been on what they're going to do next. And it turns out that’s two albums, both with 2019 releases and both parts of a larger whole.

Whilst Everything Not Saved Will Be Lost Part 1 is distinctively Foals, there's a backstory to it. The two-parter album was birthed after the amicable departure of bassist Walter Gervers. The band felt they couldn't replace him, so it lead to an era of redefining and figuring out what exactly the four-piece Foals is.

This time away worked, as it led Foals to produce their most daring project yet. Over the course of the ten tracks here, Foals tackle a need to escape and exit the world we're currently besieged in, alongside a dash of nostalgia and signature Foals-esque charm in wild grooves and irregular beats.

From the opener, ‘Moonlight’, a track that could fit on an XX album, to the piano-tinged parting anthem ‘I'm Done With The World (& It’s Done With Me)’, Everything Not Saved Will Be Lost Part 1 is a fully rounded concept piece not afraid to tackle the current cultural climate. Political unrest, economic instability, a feeling of helplessness for the longevity of the planet? The anxiety induced by all can be found and freed in these tracks.

Lead single ‘Exits’, with a video starring Isaac Hempstead-Wright (Bran Stark in Game of Thrones), is a disorienting rock track that sounds fun and cheerful, but dives deep into the paranoia of watching the planet dying around us. The layers of instrumentals bounce and collide, it's a masterful practice of smashing sounds and vibes to create something that's absolutely delightful to listen to, and mildly freak out to.

'White Onions' doesn't even see frontman Yannis Philippakis singing until near the one-minute mark, however the song is so obviously Foals from the instrumentals alone. Foals have managed to fully flesh out their four-piece identity and push themselves to the limit It's a defiant anthem of fighting for what you can, doing whatever you can to live the life you want. It's definitely one that will be chanted at festivals this summer.

The whole album is banging, simply put. The eclectic rock track 'On The Luna' is a huge track almost overshadowed by many other greats, and the short but sweet 'Surf Pt.1' is blissfully incomplete, hopefully, we'll get some closure on Everything Not Saved Will Be Lost -Part 2 in Autumn. 'Sunday' is a funk/punk delight and 'Syrups' is as much a pleasure as the tracks that preceded it.

'In Degrees' is one of the best, with it's thumping bass and addictive synth keys permeating above all else for the majority of the track. Vocals almost take a step back, in this track focused on a world where we lose out ability to talk to each other. The track is Foals at their peak, it's got everything you could desire from them. Strange bits of guitar, lyrics you can chant back in a live performance and layers and layers of dynamic instrumentals.

Lyrically, it’s a little bloody bleak. But we don't half live in bleak times, and I'll happily welcome Foals championing defiance at times and vocalising a true feeling of despair at others. This is Foals at their best, and we're only seeing half of the picture.