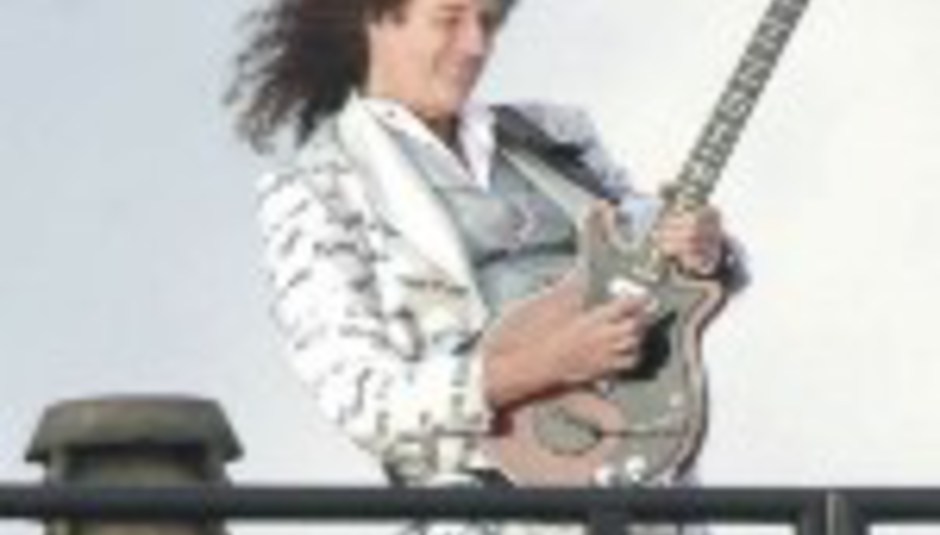 Aww, and Gareth always used to play at least one Queen song per DJ set...

It seems May, pictured in all his curly-topped beauty, didn't take too kindly to Dobson's review of the utterly, utterly shit Mika album, Life In Cartoon Motion. Read the review here.

Writes 59-year-old May on his site:

Good God ! Another nasty piece of work in Drowned In Sound. What is it about journalism which attracts the filthiest scum of the Earth? What decent person could write something so despicably and nonsensically insulting as calling someone a "diseased Leo Sayer"? I don't even want to get into the rest of this manifestly stupid article.

This young guy Mika is just starting out, and has, by his own talent and hard work, already caused a splash. Why do these pitiful writers feel the need to try to vilify him, and bring him down? By all means criticise the music, if you really think you know better than he does. But these personal insults tell us nothing about anyone, except the diseased, jealous brain of the writer.

I wonder what YOU look like, Gareth Dobson, you fabulous intellectual giant, you. You'd better be good looking, writing garbage like this. Even if you were, you would still be worthy of nothing but our contempt. Take my advice. Get a proper job. Make something of your own that gives pleasure to people; have the courage to put YOUR creativity on the line - and see what treatment YOU get from the 'critics' of the world. Meanwhile... shame on you.