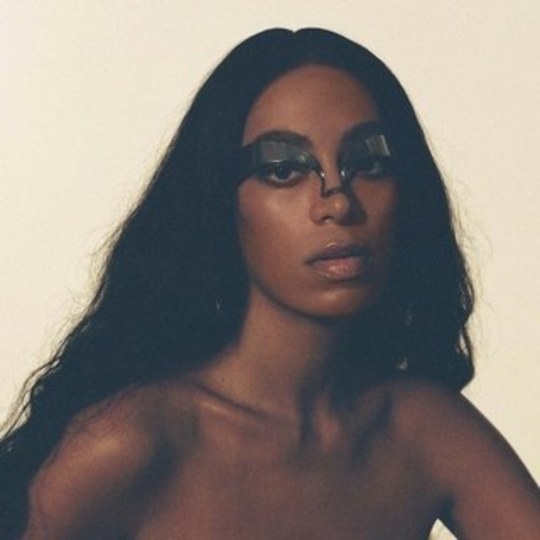 In 2008, Solange delivered a masterpiece with her second album Sol-Angel and the Hadley St. Abrams, with its Sixties-infused soul and its disregard for the standards of the music industry. The 'Don't Touch My Hair' singer was already standing her ground back then, singing "I'll never be picture perfect Beyoncé" on 'Fuck The Industry'. It's important to stress this because the unsuspecting listener who discovered her through A Seat at The Table will probably miss the full picture. That is, self-awareness, personal pride and nonconformity aren't specific to her unapologetically black third album: those are defining characteristics of Solange's work.

Adopting this point of view offers a compelling perspective on Solange's new album When I Get Home. In many ways, Solange's music mirrors her train of thought, by exploring for example what it means to be a black woman in an industry in which most gatekeepers are white men. And for this reason, her music takes part in a very deep conversation around black intellectual productions. In his essay titled The Gatekeepers in the December 2018 issue of Harper's Magazine, Mychal Denzel Smith wrote that ‘the work of black public intellectuals is often shaped by white gatekeepers (...), and they seek out narrative structures they understand. (...) There is power lost when the oppressor serves as interlocutor.’ Later, he writes that ‘writing to white people about the black experience is meant to engender their sympathy. Yet it never comes. (...) It is a strategy whose burial may be long overdue.’

By all standards, A Seat at the Table was a very powerful and empowering album, but there is a lot to be said about the way it was received. The clarity of Solange's message was lost on a lot of white consumers, who conveniently focused on the aesthetic of her work rather than her message. Seeing groups of white women singing along the black anthem 'F.U.B.U.' (n-word included!), and pointing at themselves while singing "This shit is for us / Don't try to come for us" was by far my weirdest festival experience of 2016, and this had me wonder: is it even possible to produce unapologetically black art and remain in control of the narrative?

And this is where the strength of When I Get Home lies: it doesn’t try to answer that question. This time Solange chooses to insert herself in the African diaspora and leaves little but no place for the perception of her identity through the white gaze. When I Get Home reinforces the idea that blackness isn't a monolith and that there is beauty in telling individual stories, and in aiming for universality in the specific. More than a fourth album with its companion film, Solange is offering us snippets into her life and while paying homage to her hometown, the Houston-born songwriter connects her own black Texan experience to the multitude of ever-expanding black cultures formed by the diaspora.

As Solange sings on one of the standout tracks of the album, 'Almeda', "black faith still can't be washed away". What connects the African diaspora transcends time and space, and one of the strengths of black cultures is their interweaving. This perspective is reflected not only in the lyrics but also in the musical composition, as jazz serves as lingua franca for the integration of various sounds from the African diaspora, from chopped and screwed to gospel ('Exit Scott'). Through clever editing, Solange incorporates in her productions the multiple contributions of her collaborators, giving us tastes and glimpses of the prolific and diverse musical output of contemporary black artists from all over the world.

The structure of the album is in itself a bit of an experiment. The 19 songs form a 39-minute-long cohesive whole which looses its meaning once shuffled or reorganised. What could come across as a mash-up of jam sessions slowly reveals its internal coherence. Several song titles reference specific locations in Houston, as Solange drives us through her musical definition of the concept of home. 'Down with the Clique' and 'Way to the Show' borrow from the musical landscape of her previous two albums and serve as an introduction to the main course: from 'Can I Hold the Mic' (in which she expresses that "She cannot be a singular expression of herself") to ‘Binz’ (in which she attempts to overcome stereotypes about black people and laziness), Solange paints a romanticised picture of herself and the places she grew up in. She sings about the importance of pursing one's dreams ('Dreams'), stepping outside of one's comfort zone ('Time (is)'). As it was the case in A Seat at the Table, there is a real emphasis on the importance of self-care and self-preservation. The last five tracks seem built around 'Sound of Rain', a love letter to Houston. Co-produced by Pharell Williams who brings in his signature four-count start, the song finds all its strength when played along its interlude 'Exit Scott', which samples a spoken word on love by the Texan black lesbian feminist Pat Parker.

In essence, When I Get Home is a deeply personal album which ditches the standards of the pop industry in many ways. It resists the temptation of being shaped by the white gaze. It gives a glimpse of the multiple forms taken by blackness without ever trying to restrain and norm its definition. And that in itself is one of multiple steps towards a paradigm shift in the way black art is produced and consumed.