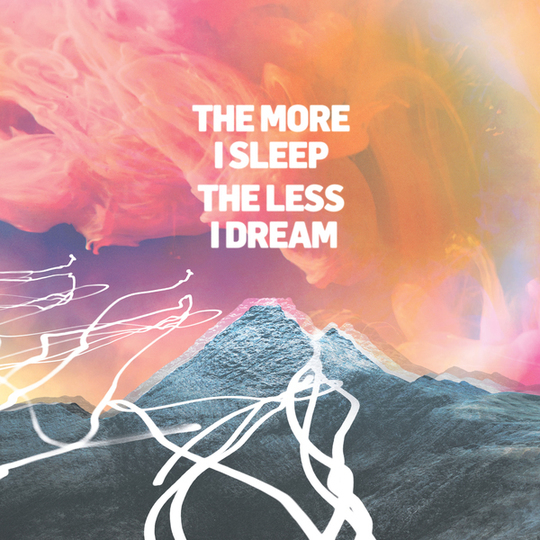 When We Were Promised Jetpacks broke out almost ten years ago with These Four Walls, they brought with them a carefree charm that was difficult to resist. A superbly named genuine high-school-formed rock band, the Scottish four-piece rode the wave of their underground cult status as they made songs brimming with the energy of traversing the path from the garage to the pub to the studio. ‘Quiet Little Voices’ was a bona fide coming-of-age anthem that spoke across generations to anyone who cared to listen while there was an elemental and mythic quality to ‘It’s Thunder and It’s Lightning’ that reflected the title - aided in no small part by the wonderful accents.

It’s a name that’s immediately comedic and generates that reaction, but crucially there’s also a yearning to it that’s too often missed in the way its reflected in the music. A dissatisfaction at the ideals held up to us and demanded we strive for over the years. With the obvious exceptions, few garage rock bands truly survive on their embryonic sound alone - however sincere it may be - and We Were Promised Jetpacks seem to have made a conscious choice to nurture the depths they contain. It’s something they’ve sought to reconcile over the last ten years, each effort expanding and refining their sound in the manner of a glassblower - raw energy that forms into something fragile and distinct. It came to a head with 2014’s Unraveling - their most ambitious and intimate to date - and The More I Sleep the Less I Dream is further proof of their continually incremental maturity.

Jonathan Low was brought in to aid with production, his work with the likes of The National and The War on Drugs a clear influence here with ever more layered and expansive production. There may be a sense that the garage heart of the band is diminished in favour of a glittering body, but the production truly serves the songwriting here. It uses dynamics These are still, in essence, authentic rock songs that speak honestly of a band who truly love what they do. The soft underbelly that’s exposed throughout these ten tracks is no weakness, but merely makes it that much more effective when the claws come out. Opener ‘Impossible’ signposts the elegant expanse, a reverb laden wash of guitars building into a chorus of epic proportions. “I’m letting go of anger, to find what truly matters” frontman Adam Thompson howls into the flood of distortion that follows him, words that feel remarkably self-aware in the context of this album.

These are songs that take their time in finding their direction, even if that direction can be ultimately something ferocious. The gently rolling guitar line that fills the gaps of ‘Someone Else’s Problem’ is punctuated by jolts and scouring chords as Thompson laments, “and we talk, but there’s nothing new about me, and we talk, but no one ever hears me”. ‘Repeating Patterns’ and ‘Make it Easier’ hold onto the rock-out essence of the garage post-punk of the early years, even as the latter shifts with unexpected chord progressions in a manner reminiscent of Grizzly Bear, while the reverb drenched patterns of ‘Improbable’ gifts us a genuinely gorgeous instrumental interlude that drifts into post-rock territory. It’s a record that successfully straddles both the fun and the seriousness of music.

Full of tasty licks and rocking out it may be, but The More I Sleep the Less I Dream is also genuinely reflective and melancholic as the band continue to mature. Let’s just hope they still get those jetpacks they were promised, even if equally feral and refined albums like this mean they might not need them to soar anymore.