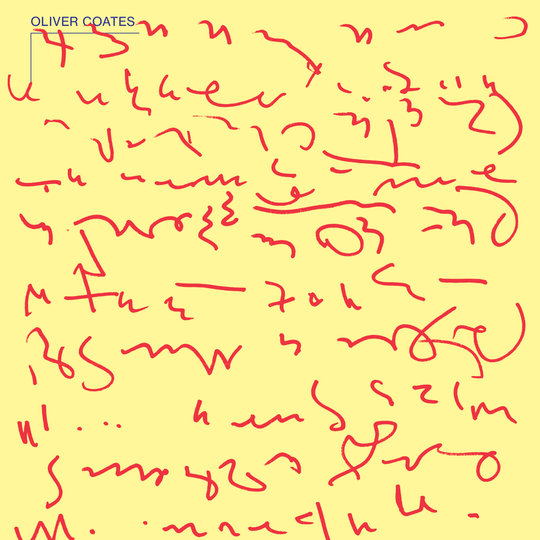 Oliver Coates would want me to write a story around his new album, I’m sure. He’d want me to play along with the conceit laid out in the presser – namely, that we’ve walked into a suave little dive bar on the outskirts of non-existent planet Zenn-La, and we’re bobbing our heads to some native bops from the scene. Funny thing is, this violin-wielding polymath has conjured much stranger landscapes. From the suspended polygons and apocalyptic visions of breakout record Upstepping, to the squiggly sketches penned with Mica Levi on Remain Calm, we’ve already traversed to some far-out worlds in Coates’ imagination.

Compared to those adventures, then, third solo album Shelley’s on Zenn-La barely skims the atmosphere. I’m more inclined to detail various patterns of holographic wallpaper instead - which isn’t exactly an insult, per say. But they’re not pieces you can see people in – just patterns, fascinating zigzags and dots and foil leaves that fans of techno and IDM already have in their house somewhere, just not in these combinations. ‘Charlev’ qualifies as this sort of hypnotic wall décor – the oscillating synth and earthy shakers smack of something from Principe crew, but for sedated patrons in a savvy cocktail lounge, and for three minutes too long. In another room, Coates mixes some Arthur Russell-esque fiddle with rote drum-and-bass stuffs via ‘Cello Renoise’ – which, yet again, pleases the eye, but doesn’t really pop.

Still, a few designs stand out. Of all these tunes that supposedly represent scenes in a night club, ‘A Church’ is the only one you could maybe see yourself dance to. The congenial bass and effervescent synths that bubble at every corner recall the geometric serenity of Shy Layers (or, before that, Wally Badarou), yet some crystalline folk song seems to echo just above. No wonder Coates picked this one for the lead single – the momentum creates the illusion of crowds rather than just latticework, of a place where actual cultures combine instead of just styles.

Granted, there’s no lack of sunshine in Shelley’s, which leaves the same white glare over everything. A echo-y violin sketch, ‘Prairie’, adds some maroon shade, but the exit stairwell of ‘Perfect Apple With Silver Mark’ really dips the album down (finally!) into the more surrealist planes that Coates made his name with. Here, Autechre-like matrices drill down into a gently sloping cavern, with contours that expand ever so steadily wider. This is the only point where an extended run time seems justified, to accommodate the ever-yawning depths; too bad the whole expedition ends (as most tracks do on this album) at a dead stop, as if the system running this program just stopped rendering graphics mid-session.

You see how I haven’t mentioned the cosmos, though. Shelley’s does send us to a few distinct scenes, but for the most part, you could easily glide through without any impression at all. And while that’s ideal for hanging out in a lounge and schmoozing with other clubbers, that’s what a otherworldly composer should settle for.