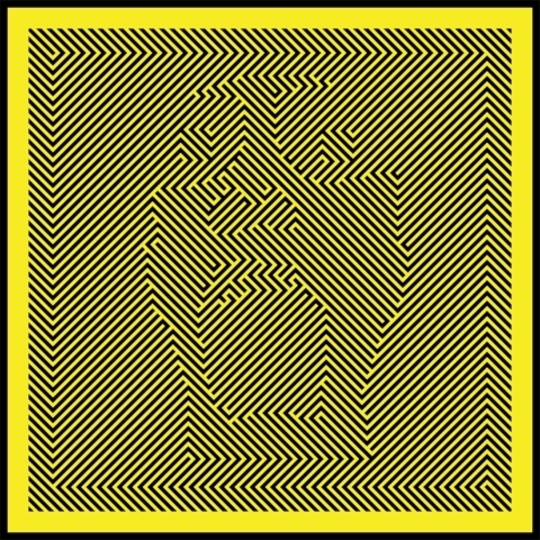 I have to admit to not having kept up with the progress of We Were Promised Jetpacks over the last few years. I was a big fan of their debut album These Four Walls, which seemed to have the balance just right between the angst of the confessional singer-songwriter and the uncontrolled cacophony of the best post-rock of the day. It was the kind of album I wished that some of the safer members of the contemporary (of the time) rock fraternity would make.

Fast-forward five years, and the release of Unravelling offers an opportunity for re-engagement. Still disgruntled by the lack of jetpacks, the band, along with new member Stuart McGachan, have re-emerged with a powerhouse of a new album. Recorded with Paul Savage, known for his work with Teenage Fanclub, The Twilight Sad and Mogwai, there is a real sense of a band maturing, in complete control, in spite of the title, and working with an assurance that they are in the right place at the right time.

‘Safety in Numbers’ begins proceedings, building on a bed of synths with lilting lyricism, before the trademark melodic dissonance of Jetpacks comes to the fore. The controlled explosion at 2.23, leading in to an instrumental break verging on the symphonic is a thing of beauty, and a sign of what is to come. All the elements of We Were Promised Jetpacks are securely in place, but, allied to a sheen of confidence and assuredness, it is an extremely potent mixture. ‘Peaks and Troughs’ follows a similar pattern, with its power coming from the sense of impending loss of control. When it comes, the moment is wonderful. This is the kind of song which would have made Interpol’s recent effort seem more alive.

And so it goes on, in the interests of not praising each song individually, it should suffice to say that everything you’ve ever loved about We Were Promised Jetpacks, the spidery guitar lines, the foundational, unshakeable rhythm section, the heavily-accented paeans to the struggles of everyday life, are here in abundance. The added flourishes are what really make this record though. From the eerie piano of ‘Disconnected’, which gives way to a truly wonderful ending, through to the Bends-esque squall of ‘Bright Minds’, the stadium-ready chorus of the pulsing ‘Rolling’ and the Killers-esque vocal cues of sure-to-be future single ‘Moral Compass’, Unravelling gives the sense of a band stretching the scope of what being in its own skin can be.

Special mention must go to ‘Tension’, with inspired time signature changes pushing and pulling against one another, and the kind of crescendo that makes the hairs on the back of the neck stand firmly to attention.

A beautiful mix allows the elements of each of the tracks to truly breathe and settle in their own spaces. The temptation to make this album dense and claustrophobic must have been there, but one sign of the increasing maturity of We Were Promised Jetpacks is that Unravelling feels both like a menacing post-rock effort and an accessible collection of hook-laden songs. This is no mean feat. And if there’s a better rhythm section in British rock I’ve yet to hear them. I shan’t make the mistake of missing another instalment in their journey.