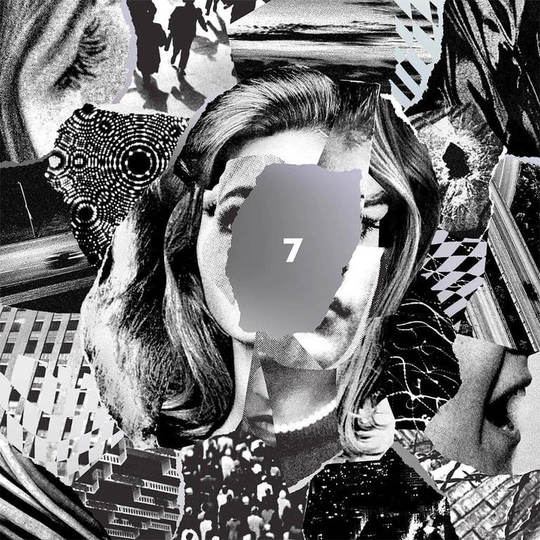 Generally speaking, Beach House have never been the sort of band who are difficult to second guess.

Look at it from the perspective of the Baltimore duo; they struck upon a rough diamond on their self-titled debut, smoothed the edges off on follow-up Devotion, and then converted it smoothly into gold on their standout so far, 2010's Teen Dream. Nobody else does dream pop quite like them; between Alex Scally's sumptuous guitar parts and Victoria Legrand's Paris-jazz-club vocals and undulating synth lines, they'd carved out a formula that they'd have been foolish to set aside in the interests of constant reinvention.

Accordingly, their fourth LP, Bloom, followed the same blueprint as Teen Dream almost to the letter. It wasn't until the incendiary 'Sparks' was released in 2015 as the first single off of Depression Cherry that there was a real hint at a way forwards; the guitars suggested something more aggressive than what we'd become accustomed to, and so did everything else - the drums snapped as Legrand snarled.

In the end, for all its virtues, Depression Cherry represented business as usual; it was a spacier here, a little more pointed there, but it was certifiably Beach House. That's no bad thing, of course, and there's no question that the pair can feel justifiably aggrieved that that album's 'Beyond Love' wasn't enough to snag them one of the myriad guest spots at the Roadhouse in last year's Twin Peaks revival, ahead of at least one band who delivered pale imitations (Au Revoir Simone's two appearances serving as proof positive that even David Lynch gets it wrong every now and then).

A sixth LP, Trust Your Lucky Stars, followed keenly on Depression Cherry's heels the same year, and ultimately fell victim to what is a pretty prominent occupational hazard for surprise release by anybody who isn't a global superstar - not enough people heard it. After a B-sides and rarities collection dropped around this time a year ago, Beach House finally made a major concession in terms of their creative process - they cast aside concerns about what they would and wouldn't be able to play between the two of them on stage, and instead simply followed wherever their noses led them.

The result is 7, a record that gets closer to the band's self-imposed boundaries than they ever have before without really threatening to break them down. The opening notes of curtain raiser 'Dark Spring' involve a deeply uncharacteristic drum roll that swiftly gives way to a synth line that sets its trajectory for the heavens, rather than simply falling back into the usual Beach House penchant for the midtempo. It's genuinely exciting.

Touring drummer James Barone was drafted in to supply live work from behind the kit, and it tells; there's a palpably energetic thrust to the record's big hitters, including the positively bouncy lead single 'Lemon Glow' and the thumping 'Black Car', the latter sounding all set to soundtrack a shadowy religious ceremony. 'Woo' and 'Dive', meanwhile, reach back further for inspiration than we're used to from Beach House - the former to shimmering eighties electropop, and the latter to the sort of organ work that was laid to popular rest decades ago.

There's evidence that the aforementioned Twin Peaks snub mightn't have gone unnoticed by the group themselves, either. Legrand continuously casts herself as the narrator in some sort of future-blues film noir here, particularly with an irresistible turn on 'Drunk in LA'; there's a continued, Double Fantasy-esque fascination with the push-pull relationship between light and dark, both within human nature and in the world around us. It might be as close to political commentary as they ever get. Beach House remain such assured masters of their own domain that you wonder whether it'd be akin to turkeys voting for Christmas to hope for a wholesale reinvention; 7 suggests that, instead, we should let them pull up the stylistic bumper at precisely their own pace.