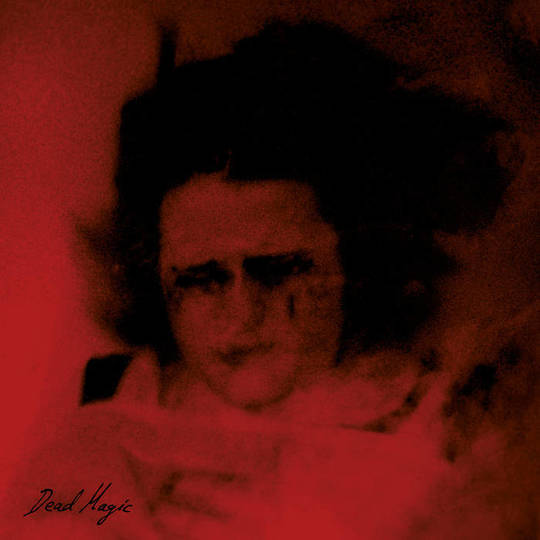 For Dead Magic, her fourth studio album, Anna von Hausswolff has fully embraced the post-everything vibes of her last two records – 2012’s Ceremony and 2015’s The Miraculous. Multiple tours with Swans have clearly had an impact. Von Hausswolff has embraced a shorter track listing, with longer songs (of course), and the varied organ-based playing of albums past is now more subsumed by drone chasms than ever.

Despite this, opener ‘The Truth, the Glow, the Fall’ eventually emerges from its chrysalis as a pop song… of sorts. It’s not entirely convincing: a song in sections that don’t entirely feel like they belong together. It works, ultimately, through sheer resolve. No little assistance comes from producer Randall Dunn (Wolves in the Throne Room, Sunn O))), Earth), who has helped this record sound suitably cavernous. This full-bodied sonic confidence is all well and good, but von Hausswolff’s songwriting is less confident than ever. If Ceremony sometimes wore the influence of Kate Bush a little too on the sleeve then moments of Dead Magic, like touches here and there on The Miraculous, do the same with Swans. ‘The Mysterious Vanishing of Electra’ could come directly off White Light from the Mouth of Infinity and the final third of the (16 minute) album centrepiece ‘Ugly and Vengeful’ uses crescendo in much the same manner as Michael Gira and company’s last three records.

There’s an undeniable temptation to heap praise on Dead Magic all the same. This is an album that could hardly be accused of not being good at what it does. Neither could one realistically say that the increased weight of these compositions doesn’t suit Von Hausswolff and her band in a certain way. Anyone who has seen a live performance by the group over the last three years will know that the approach of Dead Magic has been gradually built up over time. Perhaps what’s missing is that most intangible of ingredients: genuine intensity, which is easy to communicate live but difficult to capture on record. In fact Dead Magic is more like its title than von Hausswolff no doubt intended. This is a record by a special talent, but Dead Magic feels like a sound learned by rote. It’s an album certain of what it wants to be, but lacking in the naturalness needed to truly convince, let alone amaze.

That naturalness emerges too late, on closer ‘Källans återuppståndelse’. Appropriately for a song about resurrection, it’s far more captivating than any of the four tracks that precede it. As the string-accompanied organ swells alongside von Hausswolff’s spectral vocals, it’s with just a couple of minutes left on the clock that Dead Magic reaches its state of mystical nirvana. It’s a real shame about the disappointment that came before it.