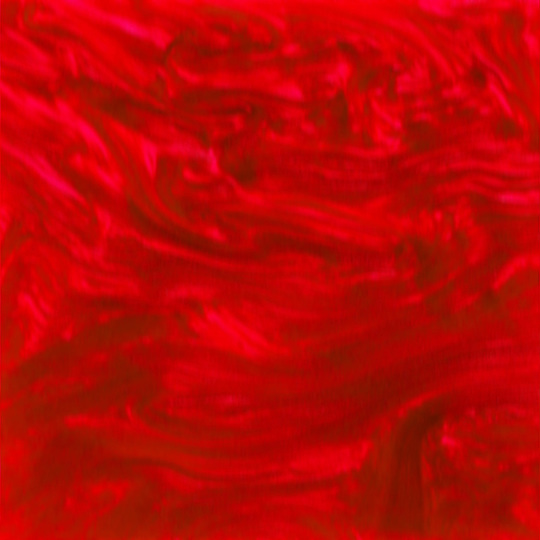 Somewhere in Estonia, a tiny cult awaited the second season of Holy Motors. You can’t find the first on any format, unless you ask around for the fans’ home-recorded VHS tapes, because the network cancelled the show just a few episodes in. In the first few minutes of the pilot, the lead woman (played by Eliann Tulve) faints during a particularly intense period and misses a phone call from her boyfriend (played by Lauri Raus), who wants to take her out to a pool party. While she stays home and begins to inexplicably converse with the spirits in her home, the black-clad young man picks up another chick, who turns out to be nothing more than a sentient skeleton who’s “borrowed some skin”. All this occurs in high-contrast greyscale, with goofy cliché-peppered dialogue and a fun soundtrack that merged gun-slinging garage rock with a twee mentality. Holy Motors shouldn’t have been so special, because the writers weren’t even trying to make a hit – but, as the fans say, that was precisely the show’s charm.

I don’t even remember how I procured a copy of Holy Motors’ pre-empted first season, dubbed by the fans as Heavenly Creatures. But, for all its quirks and predictable punchlines, the show’s funky little vibe stuck with me. Every instance that Tulve butted heads with her howling boyfriend both confirmed and obscured why the two still bothered to stay together, which seemed more real than most celluloid couples. So when I heard through the grapevine that the writers were reviving the series, I couldn’t wait to jump back in. Yet, from the moment the opening credits roll for the first season (which the writers call Slow Sundown, Holy Motors has changed tracks. Raus hangs back as an occasional guest, a stony-faced traveler that only eagle-eyed fans will spot; soft pastels color in the former greyscale; Tulve has evolved from banshee teen to mystic dame, all silks and grace instead of jeans and angst. The clichés still persist, but without the goofy gore or the tongue-in-cheek wit – less casual chats by the grave, more sweeping panoramas of the hillside at dusk. In other words, the writers ignored their fans and listened to what focus groups wanted in a primetime drama: gravity, artistry, vague plotlines, atmosphere over character, David Lynch. This is not the Holy Motors I remembered, and it’s bumming me out.

If you hadn’t seen the first season, you’d probably coo at the reboot’s soundtrack. The smoky saloon feel of Chris Isaak swirls with the hazy grandeur of Mazzy Star on episodes like ‘Honeymooning’ and ‘Ghost of Heart’, and settles like silver glitter into every nook of the show. You can’t imagine that Tulve leads any life outside of the stoic one she endures on screen, as she wanders from town to town in search of a wife that won’t rebuke the paranormal activity around her (turns out heterosexuality was never her thing, as revealed in the monochrome flashbacks of ‘Valley’). Lingering close-ups of her ambling walk (‘I Will Try’) and long shots of the dusty road ahead (‘Sleeprydr’) create an enchanting portrait of her all-consuming loneliness, rendered all the more ethereal by the spirits that whisper to Tulve in between scenes.

Yet, this stylized despair erases everything that made Holy Motors special. Without the casual surrealism (like sentient skeletons) or gaffs about touchy stuff like tampons, the reboot plays out with the predictable pallor of most “edgy” primetime cable shows. The one episode that picks up the somnambulant pace is ‘Signs’, where Tulve tries and fails to mingle at a middling house party. You can see her failure coming the entire episode, as she uneasily chats with guests over the vaguely Slowdive-ish house music – but the conversations that follow explore more of her character than any other scene in the season. Otherwise, Tulve seems too bloodless, too bereft of acquaintances, too inexplicable to sink into.

So, yeah – those tenacious fans who recorded Holy Motors’ criminally short first season are bound for a major let-down. I suspect that the writers caved into the modern demand for stronger female leads, but nothing quite replaces the crooked chemistry between Tulve and Raus that made those early episodes such a hoot. No one will stockpile bootleg records of Slow Sundown - there’s too many other boutique dramas around to divert the curious cultist elsewhere.