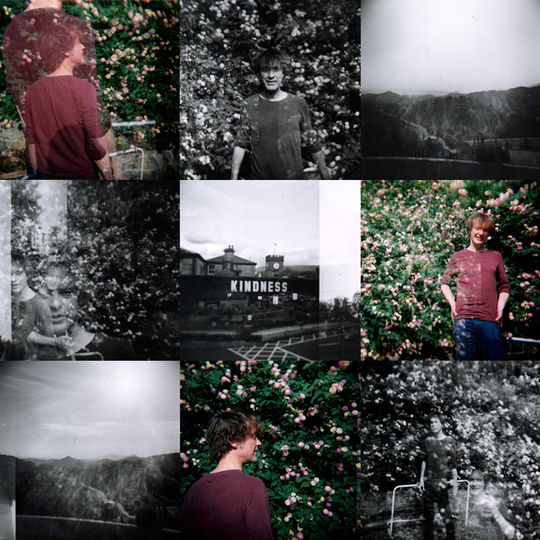 What to say about an artist like Richard Youngs? The Glasgow-based singer-songwriter has long been one of the most enigmatic, not to mention prolific, figures in the British underground. Perhaps best known – at least amongst those only loosely acquainted with his work – for his disregard of genre boundaries, Youngs is one of the great musical polymaths. This is a man who – in recent years – has turned his natural talent for haunting folk, best represented by 2000’s devastating Sapphie, towards the disparate worlds of drone, dub, krautrock, noise, and (most surprisingly) pop.

It’s worth saying, at this juncture, that Youngs’ forays into new musical territory often bear only the faintest resemblance to these provinces as they are imagined by others. 2014’s Primary Concrete Attack, for example, arose out of an almost contrary desire – on the part of someone who doesn’t like reggae – to make a dub record. From what I remember, it sounded a bit like an Ekoplekz record falling down a flight of stairs in slow motion (in other words, brilliant). Surprisingly, the one time in recent memory in which a Youngs record came as close as could be to being as billed was in 2009 when the inspired Beyond the Valley of the Ultrahits arrived as Youngs’ diversion into 'proper pop'. It was such a roaring success that Jagjaguwar picked it up, after its initial release as a CD-R, and thank goodness they did. It would be criminal if a record so densely packed with effortlessly great tunes had been lost to Discogs like so much of his (limited run) discography.

Belief is something of a sequel to Beyond the Valley of Ultrahits. That being so, it’s almost the polar opposite of Youngs’ last record: the late 2017 double album, This is Not a Lament, which was nearly two hours long and veered wildly between melody and dissonance. Belief, in contrast, is a trim thirty-three minutes in length and – whilst the techniques used to get there are often somewhat esoteric – it’s Youngs’ most accessible collection of songs released this decade. That’s not to say that Belief is a 'pop' record, per se, but it’s definitely on that part of the spectrum.

‘My Own 21st Century’ kicks things off like Robert Wyatt taking on Berlin-era Bowie. Minimalism, perhaps the defining feature of Youngs’ musical career, is the order of the day here. Cutting synths, mournful bass, distant hints of guitar, and Youngs’ vocals are all that is required. Given that the record was reportedly recorded in Youngs’ bedroom, with the man himself responsible for all instrumentation, this might not be surprising, but the vaguely widescreen results certainly are. For a record originally conceived as providing the basis for a mail art project, in which Youngs would send Belief to major labels and collect the rejection letters, this album has a scale to it that occasionally transcends the intimacy one may associate with much of Youngs’ back catalogue. Perhaps no universe exists in which the beautiful ‘Nebulosity’ or ‘Caledonia Running Out of My Mind’ would be guaranteed Radio 1 hits, but neither would sound out of place on, say, afternoon 6 Music either.

Belief isn’t likely to catapult this unassuming artist into the mainstream. “Do you have a channel to channel my epiphany?” Youngs asks on the opening track. Hopefully, thanks to Belief appearing via Tim Burgess’ excellent O’ Genesis label, at least some lucky new pairs of ears will now have the opportunity to find out. Much as I’d like to jealously protect the 11 glorious tracks here and keep them to myself, it really wouldn’t be very fair.