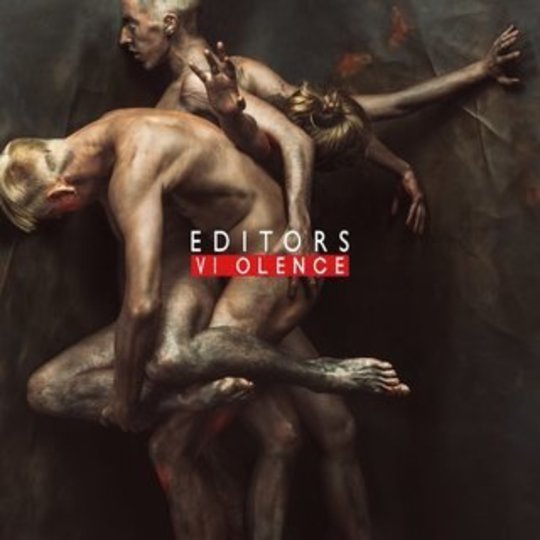 Nearly ten years on from their seminal trifecta of first three albums The Back Room, An End Has a Start and In This Light And On This Evening Editors were always compared to dark guitar rock bands Joy Division, Interpol and Echo & The Bunnymen. With their first album since 2015's identity crisis-tinged In Dream, the Birmingham-formed band have fully embraced a shimmering electro-pop exterior with Violence, though the shadowy lyrical undertones are still embedded in the new glossy synth sheen.

Album opener ‘Cold’ so recalls the baritone synth-pop of London indie band Spector that I had to double-check that Fred McPherson wasn’t guesting on lead vocals. The influence of electronic musician Blanck Mass, known as Benjamin John Powers, who works on the record, is palpable from the very start. “It’s a lonely life, a long and lonely life,” lead singer Tom Smith sings, but without any of the sombre Turn On the Bright Lights-esque guitar. With Violence, the five-piece don’t lose out on the thematic doom-and-gloom stature they are so known for, but the gristly motifs are juxtaposed by a lighter and more expansive electronic sound.

The quintet’s work with Blanck Mass was so fruitful that they ended up producing material that filled two albums. 'We liked his last record World Eater, specifically how brutal sonically it is,' Smith said. 'It's quite a hard listen at times and it’s also sort of melodic. I don’t know, I haven’t heard a record like that in a long time. We thought well, if he could have some kind of influence on what we were doing, it might put this record into a place that would surprise us and give it a freshness.'

Smith’s lyrics are gloomy, and so are the song titles – track titles such as ‘Darkness At The Door’, ‘Nothingness’, ‘No Sound But the Wind’ and ‘Counting Spooks’ do well to illustrate chapter names of a teen’s eco diary – but while the words are angsty at first glance, they complemented surrounded shimmering pop not dissimilar to the likes of LCD Soundsystem, Franz Ferdinand and even Muse.

The very best tracks are the ones where Editors fully embrace their new pop vibe. ‘Darkness At the Door’ shares an aural palette with M83 and is their most upbeat and catchiest offering on the track. There are times, however, where the band seem to struggle with direction, merely throwing together a messy cacophony of over-experimentation and meandering lyrics: “I’m not breaking the mould, I wouldn’t fill it, hold my life in your hands if you did,” Smith sings on ‘Nothingness’, which is half a dance floor anthem and half ballad. It’s a strange mixture, but their goal is more successfully realised on ‘Magazine’ where the dance-pop and gristly alternative rock guitars mix together seamlessly.

“We cannot go home, we no longer have one, I’ll help you carry the load, I’ll carry you in the arms,” Smith laments on ‘No Sound But the Wind’ which is the most similar to the band’s earlier material. A piano-driven ballad, it is the most melancholy of the album – in both production and lyrics – though penultimate track ‘Counting Spooks’ embraces the synth and new wave production in a way that hints at Disintegration-era Cure. It’s clear with Violence that Editors are working to build upon their new sound instead of re-inventing and re-producing, and though their efforts of combining dark indie disco pop with more morose lyrics and guitar undertones, it is a refreshing new direction.