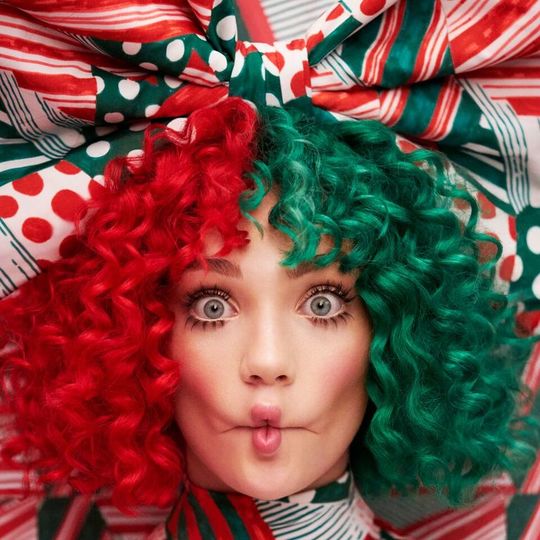 Back in 1963 Phil Spector permanently changed the game for what we think of as ‘Christmas Music’, grafting his signature wall-of-sound to the season forever with A Christmas Gift To You. After that, Christmas music meant a lush, dense noise, all tubular bells and horns. It’s the template Wizzard used. It’s the one Mariah used. Leona Lewis used it a few years ago. Michael Bublé doesn’t use it, and that’s why all of his Christmas songs are shit. And yes, Sia uses it too on this year’s most successful festive LP.

Crucially, though, the best Christmas (or 'holiday' shudder) tunes leave their own mark. At the end of his record Spector included a message to his listeners thanking them for backing his "endeavour and desire to bring something new and different to the music of Christmas”. Christmas albums can be divided into two piles, those that follow Spector's lead in trying to “bring something new” to the seasonal canon, and those that ape previous attempts. In the former pile you have the aforementioned Mariah and Wizzard, along with Wham!, Slade and the Pogues. You know those songs, you’ve been listening to them for your entire life. Then there’s the other side, the try-hards that stick to a formula and fade quickly. In that pile there’s such also-rans as Leona Lewis’s ‘One More Sleep’, and Kelly Clarkson’s ‘Wrapped Up In Red’, songs that came-and-went and left nothing behind. You could even put The Darkness’ ‘Christmas Time (Don’t Let The Bells End)’ there, which you’ll notice gets played less and less every year. They went off to see the Wizzard, and didn’t leave much else to remember them.

Everyday Is Christmas aims for the former pile. The leave your own mark pile. It may be a seasonal special, but it’s first and foremost and Sia album, and that means hooks so sharp they’ll penetrate your brain and do permanent damage before you’ve even noticed them. It means a certain right-angle approach to its subject, an outsider perspective, and it means the best ballads in the business. And while Sia Furler and producer Greg Kurstin barely come close to last year’s This Is Acting in terms of pop complexity and depth, Everyday Is Christmas does manage to bolt a taste of her oddball genius to the universal, Spector-approved language of the modern carol. ‘Candy Cane Lane’ is a perfect example, lyrically it’s thin stuff - it’s literally a song about eating candy canes - but the chorus is a humdinger, and when Furler sings ”bring a friend this holiday, bring a friend who loves to play, we’ll eat all the candy canes” you do kinda want to join in the party. It’s positively Shakespeare compared to ‘Ho Ho Ho’, which repeats the theme of bringing your mates along to a knees up, only with added “ho ho ho”s. Forty-five of them to be precise. It’s a hook you won’t be able to scrub from your brain until at least February 4th. There’s a fabulously jaunty brass part and the whole thing is extremely danceable. It’s perfect Christmas-party fare.

The ballads are more interesting. ‘Snowman’ takes the idea of a frozen friend who comes to life to a slightly more extreme end than Ramond Briggs’ classic, but it’s no less heartbreaking. Again, Furler keeps things simple: it’s a song about falling in love with a snowman and watching him melt. When she sings ““who’ll carry me without legs to run...Who’ll hear my secrets if you don’t have ears?” you get a genuine sense of heartbreak. Even better is ‘Snowflake’, which admittedly repeats the lyrical trick of begging a frozen thing not to melt, though with a more abstract slant. The modern, metaphorical use of the word “snowflake” seems to be hovering just out of sight, which adds a little wry depth to an already lovely piece.

This isn’t a gold-standard Sia album by any stretch, but it works because she understands both that festive records are there own once-a-year genre, and that they only succeed if you blend a little of yourself into the pudding mix with the sixpence and the spice.