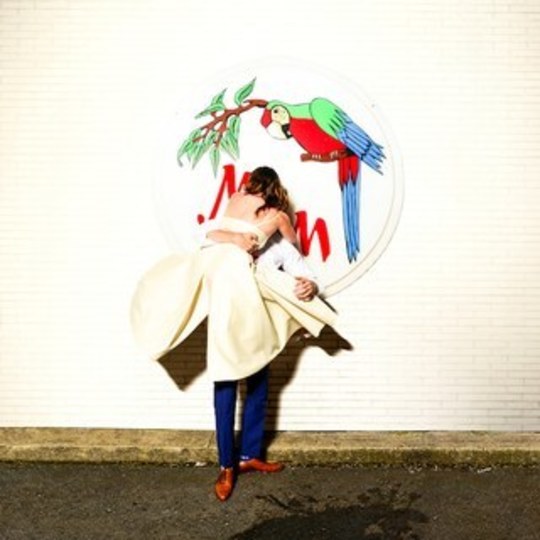 When I first heard Sylvan Esso, I was in Central Park, New York. I ‘d just sprinted from the office I was based in that week to take a quick look. It was smaller than I expected, and the high-rise buildings around the edge seemed to be leaning in to keep an eye on things. Maybe I hadn’t made it to CP proper, but I hopped up on a rock by the path, lay down on the sun-warmed stone and listened to ‘Play it Right’. It felt like breathing in all of the busy, bustling city in one go. Its hopes, its dreams, its sticky disco floors. Five minutes later I had to scamper back to the office, but my summer was changed.

Which is why admit to waiting with great anticipation for the next Sylvan Esso instalment.

With the release of What Now there’s been a definite shift. Maybe, nostalgia-primed as I was, it’s no surprise that the intro track ‘Sounds’ took me back to another time. In this case, sitting on the sofa watching the finale of Season 2 of The O.C. Now I’m not saying Sylvan Esso has too much in common with Imogen Heap, but the maudlin synth-sound of Amelia Meath's voice caught me by surprise. I got a touch emotional.

From that point on the album picks itself up, and not by halves. It’s got all the ingredients that make this duo so dynamic – Meath's voice is still sweet and bounding with energy. Nick Sanborn synthy poppy backing is still fun and vivacious. It’s a pretty unique sound and, like hanging out with your mate’s new puppy, leaves you with a smile on your face for hours to come.

The only thing is, it’s almost too jolly. While the lyrics are at times subversively anti-pop (I’m looking at you, ‘Radio’ and ‘Kick Jump Twist’), they’ve somehow simultaneously managed to get more… pop. Perhaps you’d call it self-aware electro, conscious pop, mindful musicking? They’re mocking their own game. But in doing so, for me, they’ve lost a little bit of the magic of their debut. The lyrics feel a tiny bit less wistful, while the bass is a little less heavy – that strange but heady mix from the likes of ‘Hey Mami’ just isn’t jumping out from any of the tracks on What Now.

That said, there are some pretty special songs in the collection. ‘Die Young’ is the thinking woman’s disco track, and ‘Rewind’ brings the album to a mesmeric close. Definitely one to download if you need a little pre-Christmas pick-me-up!