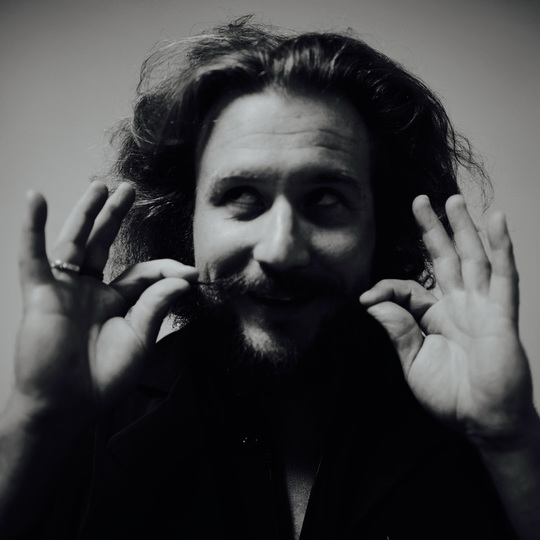 Tribute To 2 opens with Jim James’s take on ‘I Just Wasn’t Made for These Times’, conceived while the singer was writing liner notes for a re-release of Isaac Hayes’ Hot Buttered Soul. His re-imagining comes by way of the multi-track recordings for Hayes’ 18-minute version of ‘By the Time I Get to Phoenix’, resulting in a sparkling, soulful reassembly that absolutely remains true to the spirit of the original.

Comprised of work from various sessions that span a period of years, James says of Tribute To 2: 'These are some of my favourite covers – songs I recorded trying to bring myself peace during a rough time or trying to make myself laugh or just have fun.'

'So often, many of us just feel like we don’t fit in, like somehow we were dropped into the wrong life at the wrong time,' states James of the Beach Boys classic. 'This song has such a beautiful way of resonating with that energy and relating to the pain of life on earth, but also offering hope and comfort in the beautiful sounds of togetherness.'

In recording these songs as a means of comfort to himself, James has produced a work that is both comfortable and comforting in the best possible way. Its interpretations include Sonny & Cher (a sweet, subtle rendition of ‘Baby Don’t Go’), The Orioles (an acoustic shuffle through ‘Crying in the Chapel’) and Bob Dylan (a loping, countrified ‘I’ll Be Your Baby Tonight’). Ray Noble & Al Bowlly standards ‘Love Is the Sweetest Thing’ and ‘Midnight, the Stars and You’ sound suitably beamed in from another time, their simple arrangements giving the melodies ample room to shine, and ‘The World Is Falling Down’ by Abbey Lincoln is a quietly restorative thing of beauty, James’s falsetto taking centre-stage.

A song by little-known, late Chicagoan singer-songwriter Diane Izzo makes for an undoubted highlight. ‘Wild Honey’ is breezy and melancholy all at once; a stirring tribute to an artist similarly feted by Jeff Tweedy, whose life was tragically cut short at the age of 43, and who, one hopes, might gain some new listeners as a result of featuring here.

While its predecessor was a deeply-felt farewell to George Harrison, there isn’t much of a through-line on Tribute To 2 save James’s angelic, worn-in voice and the reverence he clearly holds for the artists covered. That in itself graces the collection a sense of cohesiveness that belies its odds-and-ends genesis, and the result is a warm, fuzzy embrace of an album; a release that will delight fans of James’s work as a solo artist and bandleader of My Morning Jacket, and likely anyone else who happens upon it.