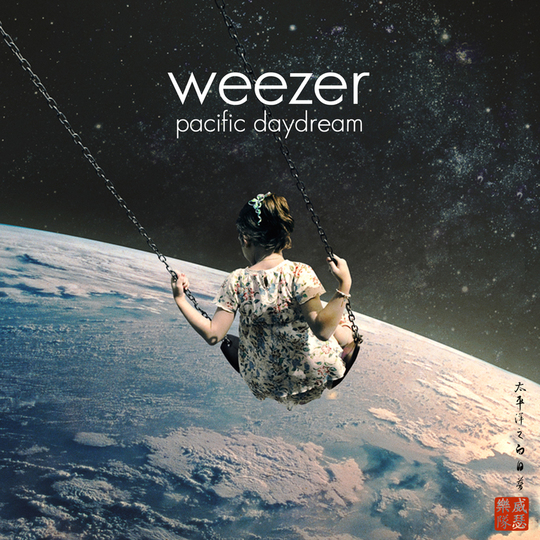 If you dared to believe that Weezer were starting to build something of a late-period streak, Pacific Daydream is here to jolt you awake. Coming hot on the heels of last year’s crisp and delightful The White Album, this record marks a radical departure in both style and quality - a return to their unfocused, undercooked post-millenium work, with a new layer of vapidity to boot. Few of us have harboured high hopes for this record, based on the singles we’ve been drip-fed since spring. But surely none of us suspected that songs as underwhelming as ‘Weekend Woman’ would end up emerging as a relative highlight in Weezer’s latest disaster zone.

One of the most charitable things you can say about Pacific Daydream is that it represents a fairly unique entry in the Weezer discography, with production and arrangements that don’t create clear constellations with any of their other records. The broadness of ‘Feels Like Summer’ teased a return to Raditude, but it’s nowhere near as goofy, nor indicative of the record in general. By and large, this is the first Weezer record which actually sounds like it’s been made by a 45 year old. Mid-tempo and tranquil, stripped of fuzz, with plenty of space to relax.

The less charitable way of making the same point it is that the songs sound boring as hell. Newest single ‘Happy Hour’ dribbles off the starting blocks with a languid chorus of finger-snap ‘do-do-do’s, reverb billowing around light brushstrokes of guitar. For the first time in their storied career, Weezer have succumbed to bona fide dad rock, rather than just sounding like cringey (sometimes creepy) dads hanging out with a way too young crowd, way too late. It’s the aural equivalent of faded wallpaper; the entire second half of the record passing by without making any impression whatsoever.

There’s obviously some stiff competition for this, but Pacific Daydream really does contain some of Weezer’s worst work to date. ‘Beach Boys’ boasts one of the most insufferable choruses of the year. And as is the custom for late period Weezer, some of the lyrical blunders here are astonishing. My personal favourite is a line in which Rivers manages to rhyme the word ‘friends’ with the word ‘friends’ not once, but twice. (“I struggle making friends / My friends have lots of friends”). See also: the entirety of the aforementioned ‘Beach Boys’.

Weezer albums are now well known for containing at least handful of hilarious calamities. But the real crimes on Pacific Daydream are songs which are so vague that they don’t inspire any reaction whatsoever. This is a new low. As abominable as acts of self-sabotage like ‘Beverly Hills’ and ‘Can’t Stop Partying’ were, they at least contained a sense of spectacle; our mouths agape at how Rivers could have the sheer nerve to piss on his reputation like this. The awfulness of this record is bound up in its sheer featurelessness. With at least half of these songs, there is almost nothing to say, nothing to be baffled by, nothing to argue about, and for that sad, whimpering reason, Pacific Daydream can probably be called Weezer’s worst album.