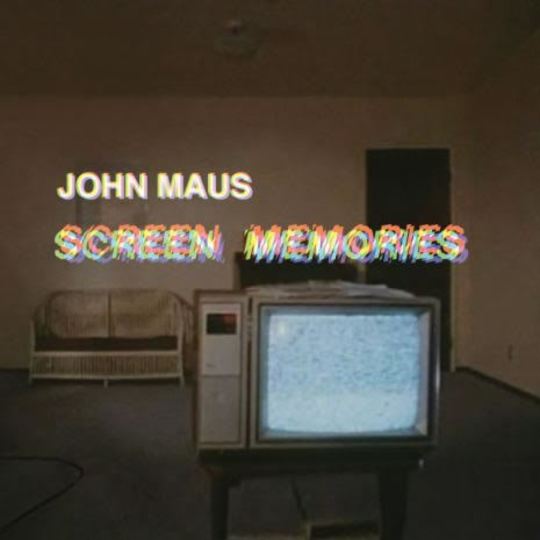 The world is on repeat. Yesterday’s trends will be fashionable tomorrow, and today’s trends were fashionable 20 years ago. Minnesotan weirdo John Maus has never seemed to care about things as trivial as being fashionable, or chasing the zeitgeist. In fact, over his 11 year career he has made a name for himself doing quite the opposite. Producing album after album of leftfield pop weirdness, garnering a small but extremely loyal fan base in the process.

Maus’ three records to date have always seemed to go against the grain, creating their own little niche in the ever expanding pop landscape. Happy to thrive in their oddball habitat. Uninterested with the wide world in which they find themselves. With Screen Memories, his fourth full length, all of this is about to change.

Opener ‘The Combine’ trots along like the theme to some sort of forgotten Eighties video nasty. The synth notes practically beg the listener to dream up sepia stained images of a happy, white, middle class American family moving into the suburbs. At first everything is going so well with the family unit. The kids are making new friends, the neighbours seem nice and the dad’s new boss seems lovely. All of this changes though. One night, the dad notices a strange glow coming from the basement. He goes down to investigate, only to discover that the house is built on… a burial ground.

The album continues in typically strange style. However, despite the lack of musical progression, for some reason Screen Memories sounds, whisper it, on trend. Somewhat bizarrely, in the six years that have passed since his last full length We Must Become The Pitiless Censors of Ourselves the world seems to have caught up with the retro pace of Mr Maus. ‘Teenage Witch’, ‘Walls of Sadness’ and, for that matter, the whole record sound current, rather than merely quirky. With nuclear war dominating our news feeds, and retro driven television like Stranger Things and GLOW attempting to recreate a version of the Eighties that never existed, John Maus’ keyboard pop has never sounded so relevant.

This new found trendiness has a really surreal effect on Screen Memories as a whole. The upside down chamber pop of ‘Decide Decide’ should, in theory, become an outsider anthem, similar in ilk to that of Suicide’s best efforts. However, within the context of today’s increasingly nostalgia driven music land the track comes across as nothing more than a half decent, inoffensive little song that you wouldn’t be surprised to hear playing in your local pharmacy on a Saturday afternoon.

With Screen Memories, John Maus has accidentally entered the mainstream. The results are mixed, but as we all know, trends change. In a few short months his patented gargling synth loops won’t be so trendy, and the fella we’ve all grown to love will have retreated back into his own little land, away from the worries of the big wide world. Just you wait and see. The results will be glorious.