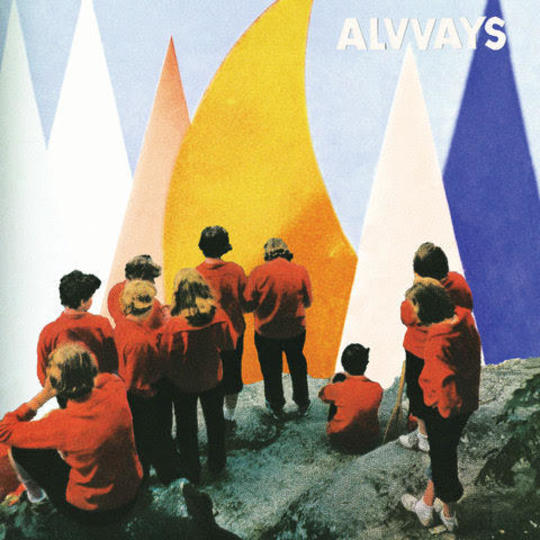 When Alvvays' self-titled debut dropped in the summer of 2014, it seemed to arrive at precisely the right time. Nine gorgeous tunes, each imbued with just the right amount of humour to counter-balance the sense of youthful angst, it was up there with the best records of that year BECAUSE, rather than despite, the fact that it offered nothing but delightfully jangly guitar pop. Tracks like ‘Archie Marry Me’ and ‘Party Police’ were not just addictive sing-alongs, however. They communicated something genuine and real, vocalist and lyricist Molly Rankin having an unnerving knack to pen love songs that swerved around clichés with a knowing grin as well as a tear in the eye. In other words, they replicated the way we really talk and think about matters of the heart (which, contrary to popular opinion, rarely resembles the deeply introspective mournfulness of The Boatman’s Call at all).

Antisocialites is – by comparison – a severe disappointment. It’s a characterless, maybe even completely anonymous, collection of tracks from a band clearly suffering badly from the infamous 'second album syndrome'. Instead of the effortless melodies of the band’s debut record, Antisocialites provides half-finished ideas, bland lyrics, and (most unforgivably of all) a sense of insecurity. This latter feature may not be the band’s fault. Perhaps they listened to those who dismissed them as a boring indie band with nothing new to bring to the table bar a spectacularly ridiculous hipster band name.

If that is the case then it certainly explains Antisocialites bizarre (and ultimately rather pointless) attempts at expanding the “Alvvays sound”. Keyboards and synths have a noticeably increased presence this time around, but generally only succeed in cluttering the arrangements. More expansive use of guitar effects (other than occasional dabbles with the fuzz pedal), meanwhile, feel like an admission that there aren’t enough hooks, as on the faintly garage rock-leaning ‘Plimsoll Punks’, which really does feel like a b-side desperately searching for a single to accompany to the turn table. This is recognisably the same band as three years ago, but they seem to have lost all of the graceful songwriting talent that so impressed us then.

Despite being the same length (a jaunty 33 minutes) as their debut (albeit with one extra track), Antisocialites actually ends up being a rather cumbersome listen. Each of the ten songs here is either too long or too short and, unfortunately, those that are too short should be longer and those that are too long should either have been cut (in length or from the record altogether). Almost everything about the album is just slightly off the mark, as if it’s accidentally been released too early.

That’s not to say there aren’t some moments of brilliance here. In fact, the record starts very well. Both of the opening pair of ‘In Undertow’ and ‘Dreams Tonite’ are great. Both capture the knowing lovelorn tone of the first record, and are built around simple – but instantly memorable – melodies. This is what contrasts them with the likes of ‘Not My Baby’ and ‘Hey’ (two of the worst offenders from the record’s dragging middle section), which are both distressingly forgettable. Ultimately, then, Antisocialites fails more because of the lesser quality of its songs than by the creeping sense of a band experiencing an identity crisis.

“Did you want to forget about life with me tonight?”, Rankin asks the listener on final track, ‘Forget About Life’. It’s a reminder, as Antisocialites closes, of Alvvays’ potential for crafting instant knockouts, with Rankin’s simple – but effective – lyrics leading the way. It’s also, in a more literal sense, a nod to what was really the great strength of Alvvays’ first record: the impression it gave of being simultaneously deeply personal and universal. Somehow Alvvays were the perfect band to listen to when a need arose to forget about life. Despite its title, Antisocialites doesn’t manage to accomplish the same thing.