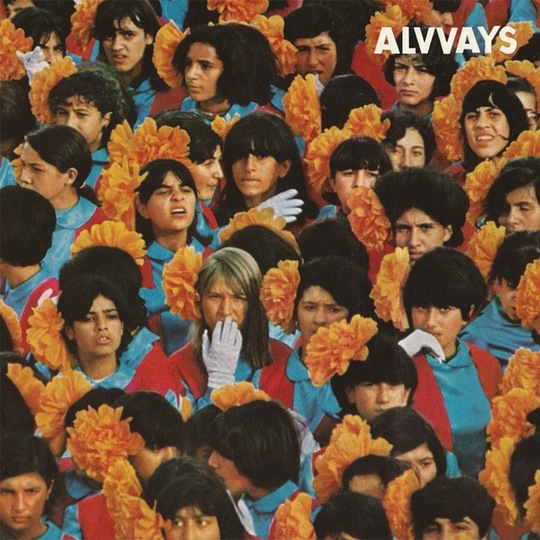 In the past few years, it seems as if we have had more than our fair share of retro indie-pop acts, so much so that even by 2050 you suspect there will be musicians left will be those who record their songs in a tin-can, treat C86 like the Holy Bible (the book, not the Manics album), and cannot remember a time when Orange Juice and Postcard were just a drink and a way of showing off to your friends and relatives whilst abroad respectively. So it is with great trepidation that one might approach the self-titled debut album by the mercifully Googleable Canadian five-piece Alvvays. With their press releases highlighting their love of the golden greats of Scottish indie-pop, is this a case of more of the same? Well, yes and no, in the best way imaginable.

At its heart Alvvays is as indie-pop as it comes. ‘Archie, Marrie Me’ owes more than a fair amount of inspiration from Teenage Fanclub’s ‘Neil Jung’, whilst other songs like the wonderful opener ‘Adult Diversion’ and ‘Atop a Cake’ are very much in the guitar-pop mould, with their guitars set straight to fuzzy/jangly, and with dreamy vocals courtesy of their lead singer Molly Rankin.

Yet what sets Alvvays apart from their peers is the sense of darkness and melancholy that hides behind the somewhat sprightly tunes on offer. This is seen on tracks such as the budget Beach House-like ‘Dives’, the yearnings on ‘The Agency Group’, and ‘Next of Kin’, which is surely a contender for the jauntiest, most infectious song of 2014 about a riverside drowning. In a genre which has a reputation, whether fairly or otherwise, for being relatively fluffy and innocent, it is nice to see an album that isn’t afraid to tackle the less pleasant aspects of life head on.

As far as the production of the record goes, ‘Alvvays’ finds itself on the fuzzy end of the musical spectrum, situated somewhere between lo-fi and one notch below lo-fi, almost making the debut album by The Pains of Being Pure at Heart sound like it was recorded in Abbey Road by comparison. Whether this is an aesthetic choice or borne out of financial necessity is not immediately clear, and the presence of Chad VanGaalen of production duties does nothing to settle the confusion. Thankfully, this musical setting is not a distraction, as the songs on Alvvays are pretty indestructible, regardless of how they have been presented.

It's a fine debut album from the Canadian band. It might not be the freshest, most original sounding record you’ll hear this year (it could have easily been released at any point in the 25 years without eyebrows being raised), but it terms of solid yet somewhat subversive indie-pop enjoyability, you will be hard pressed to find something better. And besides, it is nice to get a timely reminder that just because something is 'indie-pop', it does not necessarily mean that it is synonymous with the term 'twee'.