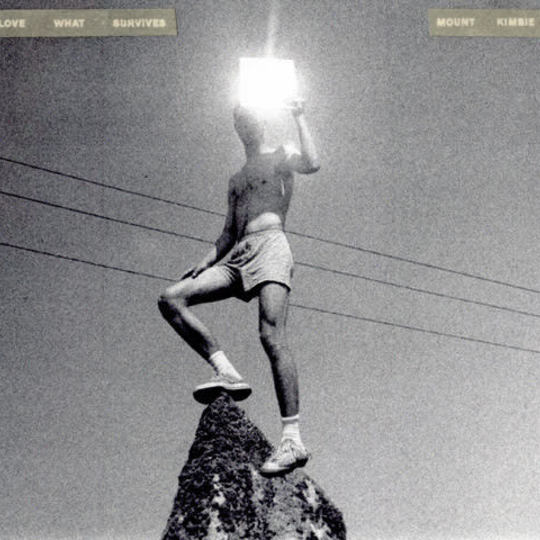 It’s been four years since Mount Kimbie released their second album Cold Spring Fault Less Youth and put the shackles of the post-dubstep genre behind them. Although it’s a tag that’s still hard to shake, the album managed to deliver on the high expectations and acclaim surrounding their debut while simultaneously taking the duo in a more expansive, less restrictive direction. Love What Survives, their third full length and second on Warp, is a continuation of that journey, but this time it’s fuelled by a fascination with motorik rhythms and aided by some familiar collaborative faces.

The band described the writing of Love What Survives as a 'fascinating process that has changed us as a band'. From a quick glance at the track list though and a listen to the first minute or so of the opener, you’re probably wondering how. King Krule returns and once again on track two (though he does appear again later on the album) while the intro of intriguingly entitled opener 'Four Years and One Day' sees them in familiar sonic territory. However, as the track begins to take shape with a shuffling, metronomic beat and climbing bass line, it becomes clear that there are more influences at work here. More so too in the brilliant 'Blue Train Lines', where the buzzing electronic underbelly is goaded more and more by Krule's snarling, spluttering vocal until it relents in a heavily Krautrock influenced beat. Punctuated only by guttural shrieks, there’s something strangely joyous in the "six pounds in my pocket!" proclamation, particularly as the song reaches its raw and emotive crescendo.

Along with the Can/Faust-like rhythms, there are some post-punk echoes too as the album draws from a darker musical palette. There are the spectral shadows of 'Audition', where you’d be forgiven for thinking you’d wandered into a distinctly Cure-shaped forest, and then the strange punk-groove of 'You Look Certain' – a sort of Delta 5/Electrelane mashup. The latter features Parisian singer Andrea Balency too, who has since been added to Mount Kimbie’s growing live band along with drummer Mark Pell of Micachu and The Shapes. Micachu appears too to provide another highpoint on the album with the quasi-transcendental 'Marilyn', where the tubular rhythms, creeping bass and deeply contoured sounds lull you into a blissful haze. It’s rich, melodic and textured throughout.

The James Blake cameos are not quite as rewarding (but then again I’ve never been completely won over) but there is still time for the immersive T.A.M.E.D – an acronym for the looping vocal 'think about me every day', which once heard is hard not to shake. There are parts of Love What Survives that you’ll want to dive straight back into again (like this track), and then others that are a little more ephemeral. One thing that is true throughout though: Mount Kimbie continue to broaden their scope and push the bounds of we can expect from them as a band.