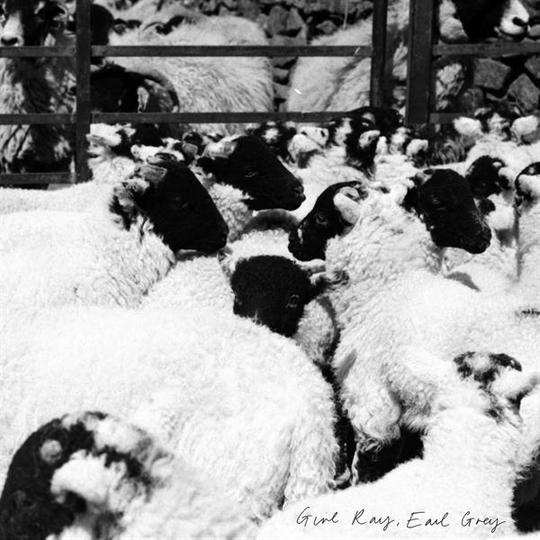 London three-piece Girl Ray make big-sister pop, all love-lorn and clever, danceable, knowing, a little bit weird. They’re the indie version of going round to your best mate's house when you’re 12 and realising his older sibling was actually the coolest person you’d ever met, with best record collection and smartest opinions.

The trio turn several smart tricks across their (SUPERBLY-named) debut, Earl Grey. Take recent single ‘Stupid Things’: it’s the kind of wry teen-pop Carole King and Gerry Goffin were writing for girl groups in 1962; honeyed melody, deep-crush desperation and milk-snorting goofiness. There’s a lot going on under the hood, though - from the scattershot drumming to the gorgeous way Sophie Moss’s bass gives the whole thing a subliminal lift by changing key half-way through the chorus. Its a clever piece of writing, all the more so because it feels so breezy and effortless. Poppy Hankin’s tale of relatably awkward crushing stays as our focus and the whole thing seems to float like a feather on the breeze. It really is quite something.

Another neat trick is hiding a fully functional funk machine under the pastel shades of indiepop. People will make the obvious C86 references, and yes there’s a familiar melancholy jangle here, but it’s a bit of a swizz. The pumping bass, four-to-the-floor beat and whirling organ on opener ‘Just Like That’ is pure Motown, and there’s an endearing early-Seventies soul feel to the chorus, augmented by a breakdown pinched straight off Pet Sounds; all cloaked by a ramshackle, Peel Session vibe. It’s like James Brown in a tweepop sheep skin. Similarly ‘Don’t Go Back At Ten’ feels like a Young Americans-era Bowie demo, while ‘Where Am I Now’ channels the summery charms of the Everly Brothers.

Also hiding behind the tweecore is a really good Sixties psyche-pop record. ‘A Few Months’ opens by channelling Syd Barret-era Pink Floyd in unexpected melodic twists and acid-tinged keys, before widening out into a glorious summer funk outro. ‘Cutting Shapes’ runs in rings around a nagging, Seeds-style organ riff, then there’s the 13-minutes of ‘Earl Grey (Stuck In A Groove)’, growing from acoustic, Darren Hayman-esque folk into Seventies-era George Harrison rock n’ soul, before a gorgeous cascading electric piano pulls in heart-broken psychedelia and a jazz-flute propelled, harmony-drenched freak-out finish. It’s hella ambitious, and it really works. You didn’t see this coming.

The joy here is in how the North London trio, all just 19 when they recorded their debut, manage to make such a jumble of influences and styles feel so completely cohesive. Partly it’s the indiepop influence: by wrapping their disparate sophistication in low-fi they give it consistency, and it adds another shade to their colour palette.

Really though, Earl Grey works so well because the three women at its heart have uniqueness as players and chemistry as a band, and it’s rare to get both. There’s a respect for melody here, in both Hankin’s way with chorus and riff, and especially in Moss’s ear-candy bass lines. Moss, Hankin and drummer Iris McConnell can lock into a groove instinctively, they know when to pull it back and let the chorus shine, and they harmonise beautifully.

Finally, it works because Poppy Hankin is a major talent in the making, and her extremely English voice (metaphorical and literal) and knack for distilling our awkward path through life and love into witty, relatable hooks is a real gift.