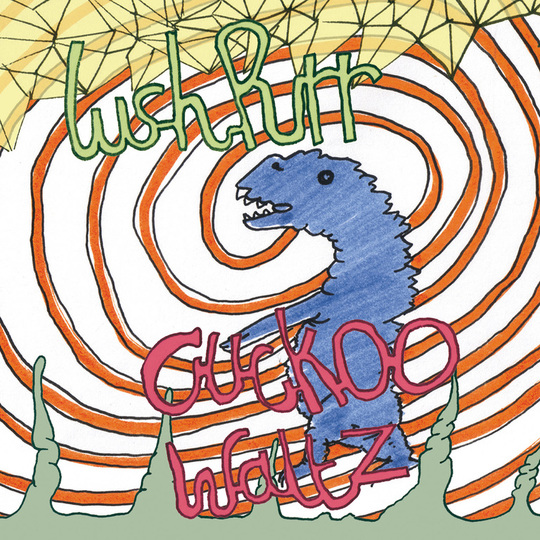 Glasgow's Lush Purr haven't been around long, but in the short time they've existed they seem to have got the world on their side. The four piece, mostly consisting on previous Glasgow indie-punks stalwarts The Yawns, Lush Purr are a band who pride themselves on their home. And in return, Glasgow and Scotland as a whole has reciprocated that love and respect, rewarding the still young back with a Best Newcomer nomination at the Scottish Alternative Music Awards.

There is a long heritage of indie/dream-pop in Glasgow, largely coinciding with the city's rude Art School scene dating back to Eighties bands like Jesus and Mary Chain and The Pastels. Lush Purr are very much carrying on that tradition here, and while it's arguable they don't add anything particularly new to it, they play it with such confidence and swagger that it is worthy of consideration.

On Cuckoo Waltz – the band's debut album originally released on tape late last year – we are treated to 13 luscious, dreamy pop wonders rivalling recent American peers Wild Nothing or The Pains at Being Pure at Heart. Early songs like 'Bananadine' and 'Horses on Morphine' start things as they mean to go on with infectious melodies and fuzzed-out guitars which pretty much shape the album's 30 minutes.

The band make full use of female backing vocals in bassist Emma Smith echoing almost everything frontman Gavin Will's reverb drenched, low-toned vocals, which is a familiar trope to anyone used to the genre. Meanwhile, drummer and the other previous member of The Yawns, (Gavin's brother) Rikki Will keeps things ticking along steadfastly behind the kit, weaving between sections with a breeziness that suit's the band's sound well.

There is also a palpable sense of humour, familiar to anyone aware of the famous 'Glasgae Banter' especially on song titles like lead single '(I Admit It) I'm a Gardener' or 'Jamiroquai on Karaoke' but both these songs offer a rocking conclusion that transcends pure silliness. Meanwhile, songs such as 'Bear at Midnight' and 'Mr Maybe' which are more driven by Andres Fazio's synth create a slight sense of uneasiness away from the sunnier sound of the rest of the record.

The only real problem with Cuckoo Waltz is that it's so defined by its genre it is unlikely to really go beyond dream-pop fans or locals. This isn't necessarily a problem, these are after all well written and performed songs that are perfectly serviceable to the style on offer, there's just a feeling that Lush Purr still have a little way to go before writing something truly memorable. Everything on their debut album is very enjoyable, nothing stands out of place, but it is that exact lack of risk that prevents this record from becoming truly special.

Despite all this, however, Cuckoo Waltz remains a highly promising debut from the still young Glasgow band, offering a perfect summer album for a city who's summer typically lasts about a week. Songs like 'I, Bore' and 'Suits' show the huge songwriting talent and potential this four-piece have, it's just a little bit more of a sense of adventure wouldn't go amiss going forward.