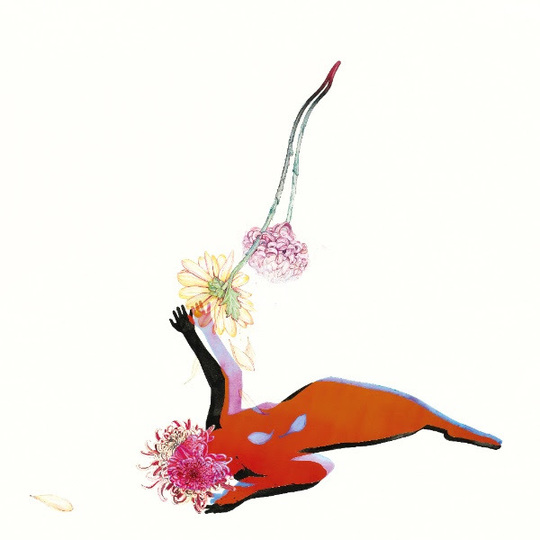 Circles. Fucking circles, I tell you.

Three years ago, Xiu Xiu and Future Islands both dropped albums in the same month. One was a fucking nightmare, and I mean that as a bona fide compliment. The other was a fucking narcotic, an opal opioid bubble wherein normalcore enthusiast (remember normalcore?) Samuel Herring strained his steely vocal chords to push against the slumber. No one would have cared about the latter, though – me included – if the dude that booked gigs on David Letterman’s show hadn’t tapped them, thus depriving the world of Herring’s zoned-in trance dance to 'Seasons (Waiting On You)'. Once THAT went viral in the thinkpiece circuit, everyone and their mother wanted to cover Singles - which was Future Islands’ third LP by then, but for all the converts as slack-jawed and speechless as Letterman, may as well have been a debut.

Fast-forward to today, and – circles! Once again, Xiu Xiu and Future Islands drop albums roughly within a month of each other. Forget, if you haven’t heard it yet, is not only effin’ great, but a triumphant clarion call to old form for Jamie Stewart – less slow-mo chainsaw massacre, more beautiful rust-coated decay. And clearly the product of an extended hiatus, streaked with the sweat and cum poured into that seismic shift. Future Islands, though? Put it this way: give a band a bone for its Cloroxed-kitchen-counter appeal, its gilded storybook prose, and what do you THINK they’ll do in three years’ time? Cruise control, that’s what. Cruise control for the guffawing masses that can’t discern between concept and gimmick. There are actually TWO songs with the word 'rose' in the title, if that tells you anything (and it should).

Circles! Fucking circles! See, behind this vanilla-scented velvet lies wasted potential. Before Singles, Future Islands actually tried to be different, leaning away from the groove and further out into humble drones, simpler silence. Kinda like New Order, you might say, and I would, too – not that In Evening Air and On the Water equate to Movement and Power, Corruption & Lies, but not even our protagonists can deny their most obvious muse. (Hopeless romanticism? Check. Commitment to kinetic motion? Check. Unconventional synth warbling? Check, check, check.)

The difference, though, is that Herring has proven himself as a far more fascinating front man – and this is what really irks me about The Far Field. Like, dude can rap. In the interim between Singles, he’s been moonlighting as Hemlock Ernst for sundry folk, and actually not embarrassing himself. I listened rigorously to Open Mike Eagle’s Hella Personal Film Festival last year to see if I could catch the obviously inept white guy in the mix, but I couldn’t. Damn.

So, my question is: why does Future Islands have to coast in this Xanax-induced lullaby land? I mean, I’ll admit, there’s no dent or ding in The Far Field, not one speck of grit in the creases, and your toe taps involuntarily to its pulse. And Herring does write about more stuff than love, like existential angst in 'Cave' and an ageing fairy tale hero in 'Aladdin' (not to mention, he lets out his best growl on the former – though that’s a mere whimper compared to, say, 'Fall from Grace'). But, apart from the new wave prom dance of 'Candles', The Far Field plays out like a treadmill – same tempos, same whining siren wails from the synths, same bass undulation. 'Day Fire Glow' achieves the uncanny by merging New Order’s 'Ceremony' with Florence and the Machine’s 'Dog Days', but that’s the only point worth arching a brow at. Otherwise, we’re guided down a lily Mobius strip, over and over, till the sun comes up and yr love is in your goddamned arms again.

Circles, see? That’s all Future Islands is now, and that’s all you’ll find in The Far Field. A locked groove, a locked wheel, a locked shackle. On record, anyway; I don’t doubt that Herring can unbind these fettered loops on stage. And maybe you’re fine with circles, anyway, if you’re the sort that hangs music like silk curtains to the back of yr mind. But three years should’ve yielded more than this.