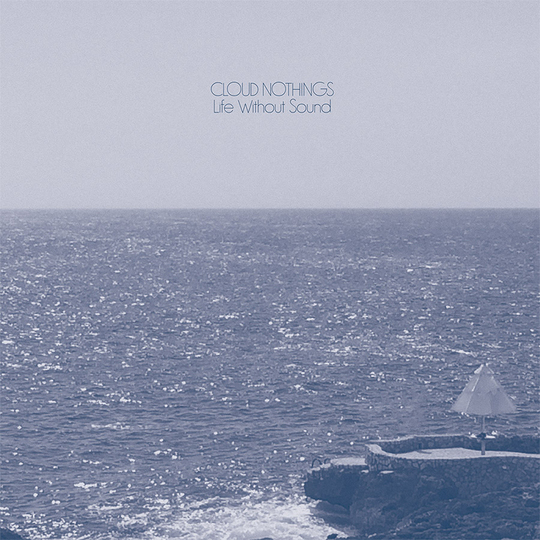 By now the story of (still incredibly young) Dylan Baldi is well-known, but it so easily couldn't be. Starting as a college-freshman-on-GarageBand-solo-act like many others around the late Noughties, Cloud Nothings started off as a respectable act with some promise, but some distance yet to go. Then at the beginning of 2012, Baldi (now with full band) unleashed his Steve Albini-produced third record Attack on Memory and everything changed. Baldi had already shown a penchant for writing a catchy melody over a well-written song, but there was a directness and nervous energy missing in his solo work.

After enlisting the endlessly talented rhythm section of bassist TJ Duke and explosive drummer Jayson Gerycz, Baldi achieved his potential over two extremely successful and frenetic (if a little repetitive) albums following his break-out record with 2014's Here and Nowhere Else. Since then, the band are a notable act in the indie-music world without ever getting too big for their boots, perhaps because of their punk-rock leanings. However, with their last record coming out three years ago now, there was a considerable amount of intrigue to see what Baldi would come up with next.

That brings us to Life Without Sound an album which sees Baldi and co (initially, at least) return to their poppier, more humble beginnings. The first thing that strikes is how the band aren't going at a million miles per hour all the time anymore, a trick which got a little tiring by the time of Here and Nowhere Else. While this takes a little getting used to, the band have clearly shown a more measured, considered effort with its songwriting this time, playing around more with dynamics and nuance.

This more realised approach brings mixed results. Recent single 'Enter Entirely' for instance, sitting right at the heart of the record, perfectly shows the restraint the band have learned in approaching this record. It's a slow burner which builds and builds and when it finally reaches its peak, feels more earned than some of the band's previous constant-race-to-the-top efforts. But for every song like that, there is 'Internal World' which is a perfectly serviceable song with a catchy enough melody, the only problem is, it's a Weezer song in everything but name.

Later on, 'Modern Act' rings an initially slightly unexplored guitar mastery, clearly inspired by Robert Smith but this time without being derogatory, with a familiar Baldi-esque chorus and hook which will surely capture the imagination of any fan of the band. There is a general attention to detail added to Life Without Sound which the band didn't always favour, such as the final coda of opener 'Up to the Surface' which sufficiently feels like an explosion in sound.

And while there is certainly more of an onus on songcraft and melody, that isn't to say the band don't completely deny themselves of going into full rager mode. The constant ratchet-tension building in 'Darkened Rings' for instance is particularly impressive, challenging the listener to think 'there's no way they can notch this up further, right?!'. Meanwhile album closer 'Realise My Fate' uses a similar trick, endlessly building a pounding drumbeat until Baldi's voice is cracking with hysteria and the music descends into chaos.

So, while this is all positive, Life Without Sound still doesn't always manage to quite be so inspiring. While it is a completely solid record, there are a couple of forgettable tracks in its latter half - 'Sight Unseen', 'Strange Year' - that don't quite hit home in the way that a lot of their earlier material manages. There are plenty of great moments and even a couple excellent songs on the Cleveland, Ohio band's fifth full-length effort, and Baldi's ever evolving and improving songwriting style cannot be denied. It's just a case of feeling like we've been here before - a problem that dogged Here and Nowhere Else at times - that weighs this record down in places.

It is perhaps because Attack on Memory was such a bolt-in-the-blue that it is a difficult record to follow-up and now live up to. The band remain an excellent and vital act, still producing worthy music which is head and shoulders over many similar, lesser acts, the problem, it seems, is that their evolution is a slow one. This isn't to say there isn't another masterpiece in their oeuvre to come, but the (still young) band are still trying things out which is to be appreciated if nothing else.