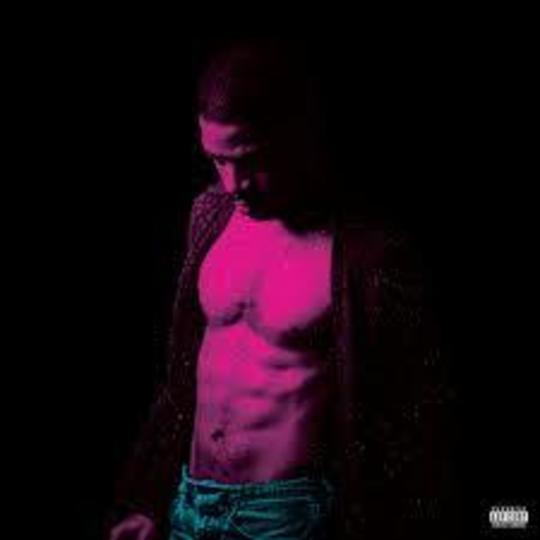 In the most unlikely of genres, Kid Cudi made a name for himself with brutally honest confessions about the mental demons he battles on a daily basis. Spanning close to a decade, Cudi’s unguarded raps and croons earned him his spot not only in the eyes of devoted fans but the entertainment world at large (even though radio play is something that has eluded him almost his entire career). His latest release, Passion, Pain, & Demon Slayin’ is one of his most ambitious projects to date. Cudi goes deep into the recesses of his mind, once again giving listeners a panoramic view of his inner-workings. Most importantly, Passion, Pain, & Demon Slayin’ is not only Cudi’s most intimate work to date, but it’s a fascinating sonic adventure from start to finish, even though some of the tracks seem to lack a little more footing.

Like his Man on the Moon series, the album is divvied up into acts, four altogether. One of the highlights from the first is 'Swim in the Light', produced by Cudi himself. In a loop of sprawling croons, Cudi warns that the act of numbing pain is only a temporary remedy and cannot provide lasting comfort. The lyrics come across not only as genuine but extremely heartfelt as well. With chopped synths and drums, Cudi commences the album with 'Frequency', one of the singles from the album. The entire album is cloaked in a feeling of being anti-radio, and 'Frequency' is no different, with Cudi rapping briefly about girls and ‘shrooms accompanied by his trademark and renowned humming. A captivating swirl of steady kick drums, background howls, and Cudi’s crooning amount to a moving performance on 'All In'. The artist revisits one of the common themes of his career-- confronting the man in the mirror. Cudi does this with calculated precision, using unbridled emotion and sophistication to paint a colourful portrait.

The second act begins with 'ILLusions', featuring minimalist production and a catchy chorus. Cudi’s vocals are razor sharp as he glides around the instrumentation, making it his niche. For 'Baptized in Fire', he collaborates with trip-hop extraordinaire Travis Scott. Surprisingly one of the weakest offerings of the album, Cudi seems to mumble through his words before building to more roaring vocals that do nothing to enhance the absorbing instrumentation. Scott’s brief and intermittent performance is worthwhile nonetheless. But in terms of more engrossing moments, A funereal ambience pervades 'Does It', and Cudi opts for a rapid delivery. He uses his gift for harmonising to add a special lift during the chorus, and the track ranks as one of the best on the project.

Another high spot comes during the end of act three in the form of 'Mature Nature'. Cudi sounds as if he is on a psychedelic journey, travelling through an extensive sonic platter (arranged by himself) filled with variegated synths and bouncy kick drums. He sings of an idyllic paradise closely resembling heaven itself. He links up with longtime collaborator Plain Pat for 'Kitchen', a swirling cosmos of cheerful synths. Once again Cudi strikes the right balance, blending his passionate crooning with lyrics that stick in the mind.

He enlists the help of Andre 3000 for two songs, 'By Design' and 'The Guide', an eclectic pairing that works best on the latter. Dot Da Genius provides an alluring beat, and the two veterans make mincemeat out of it. Both artists elect to wax poetic with a few bars, and the track is made all the better for it. In fact, Cudi’s sing-rap delivery is infectious in most areas on Passion, Pain, & Demon Slayin’, and the instrumentation is spot on in most cases as well. It is definitely a record that demands repeated attention, as a cursory listen will not unveil all its hidden gems. It's instantly accessible than his previous records, but when Cudi is on his game he reaps unignorable rewards.