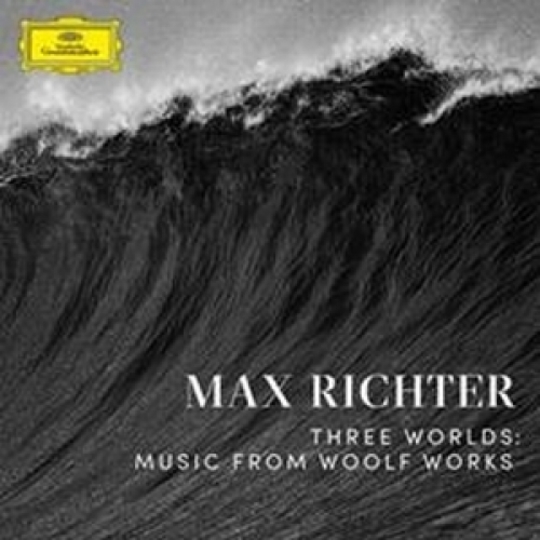 “Words, English words, are full of echoes, of memories, of associations, naturally. They have been out and about, on people’s lips, in their houses, in the streets, in the fields, for so many centuries. And that is one of the chief difficulties in writing them today – that they are stored with other meanings, with other memories, and they have contracted so many famous marriages in the past.”

Max Richter’s Three Worlds: Music from Woolf Works opens with these lines, spoken by Virginia Woolf herself. It’s an extract from the only surviving recording of the author, which the BBC broadcast in 1937 from a programme on craftsmanship, which was part of a series called Words Fail Me. Eventually, words would fail Woolf - becoming incapable of sustaining her - but Richter’s record primarily deals with three of Woolf’s books that demonstrate her virtuoso use of them. This music was created to accompany Wayne McGregor’s ballet triptych, and like the ballet, the score is presented in a three-part structure.

The first part is built around Woolf’s 1925 novel Mrs Dalloway, which centres on a day in the life of high-society woman Clarissa Dalloway, and features shell-shock-suffering WW1 veteran Septimus Warren Smith. The opening four tracks that relate to this novel are largely acoustic, and the most traditional on the record. Yet much like Woolf’s fiction Richter seems to echo the stream of consciousness prose, and the exploration of memory and perception in her work. The initially ponderous 'In the Garden' builds and gains traction from a simple piano line to incorporate a trio of string instruments. As the violin, viola and cello intertwine around each other the track rises in complexity and emotional capacity. On 'War Anthem' the cello’s deep resounding throb gives way to lighter ascending stings full of heart-rending sorrow. But it’s despair leavened with intense beauty. To complete this section 'Meeting Again' revisits and amalgamates the musical motifs and themes of the previous two tracks for a mournful lament.

Sarah Sutcliffe’s reading, 'Memory is the Seamstress', shifts the tone, scored as it is by electronics. And 'Modular Astronomy' breaks from the previous acoustic trio for a discordant and distorted synthesised soundscape. This second section soundtracks Woolf’s 1928 novel Orlando, which follows the adventures of an eponymous sex-switching, century-hopping poet. Woolf’s friend and lover Vita Sackville-West is attributed as the chief inspiration for the novel, and her son Nigel Nicholson described the work as, 'the longest and most charming love-letter in literature.' Richter matches the emotional and psychological complexities of Woolf’s groundbreaking novel admirably. Given how radical the material was for its time in its exploration sexuality, and Woolf’s position as a modernist, Richter ably reflects this progressive prose by combining traditional acoustic instrumentation with ambient electronics. The Orlando tracks flit between the dramatic orchestration of 'Transformation' and 'The Tyranny of Symmetry' through to the pulsing electronics of “Persistence of Images,” and “Genisis of poetry”s” flexing synths.

The final section concerns her most experimental work the 1931 novel The Waves. It begins with Gillian Anderson’s recital of Woolf’s last words, the suicide note written to her husband Leonard Woolf. Her words are backed by an eerie string line, and the sound of crashing waves that mirror both the book’s title and lyricism, and Woolf’s own watery end. The third and final part of the record consists of one sole track 'Tuesday' that runs over 20 minutes. It seems fitting, as it reflects a novel that consists of six characters' internal monologues that blur into one another. The music swells and recedes, ebbs and flows; the crests crowned with Grace Davidson’s pure and high vocal. The result is utterly immersive and makes for a highly emotive conclusion of fitting breadth.

You could easily apply Woolf’s musings on words to music, as after centuries of music-making instruments, notes, chords, styles, genres and sounds are loaded with meaning and memory. But to his credit, Max Richter has crafted something that feels like a timeless nod to the past, and yet an inventive ode to Woolf’s modernism. He has followed up the exceptional Sleep with yet another dazzling work that is “full of echoes, of memories, of associations” that celebrate and reflect this towering writer.