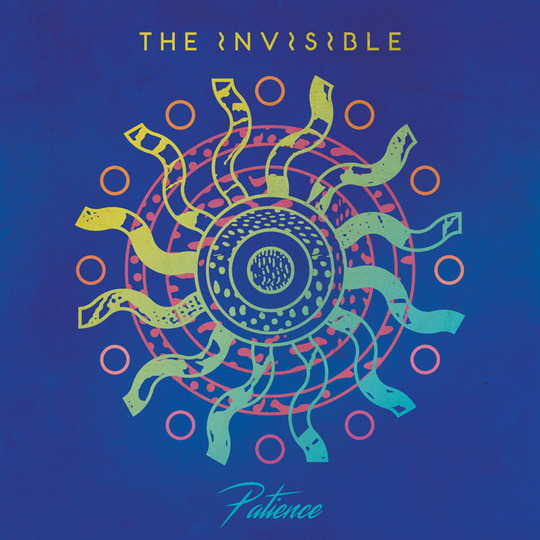 'This is a new one' Dave Okumu, the charismatic frontman of the genre splicing trio The Invisible, says to a packed venue. Everyone looks at each other with a mix of glee and trepidation. After the song starts it’s clear that it’s business as usual. This is the feeling I had, a few weeks later, when I started to play their new album, Patience, for the first time. And just like that night in a sweaty venue, I was rewarded with a feeling of satisfaction and contentment. Patience shows a progression from The Invisible's previous releases – 2009’s self-titled debut and 2012’s Rispah. Okumu, Tom Herbert and Leo Taylor still retain everything we’ve come to expect from them, soaring vocals, intricate electronic melodies and pop hooks, but this time everything has a lighter touch.

The album can be broken down into two parts. The first is a selection of songs that show progression from their last two albums. ‘Save You’, ‘Best of Me’, ‘Life’s Dancers’ and ‘Memories’ are forward thinking post-pop with soul searching lyrics. ‘Save You’ is the prime example: “Take your mind back to the things you said, You reached deep down with the words you shared. You made sure you live in my head, I can't help but dream about you”. All the while a catchy stop-start guitar riffs gets in your head until the glorious pop chorus that hammers everything home. ‘Memories’ is far more poetic with the imagery this powerhouse trio create “Memories in perfect prism, On and on” and “Preserve for all eternity remembrance of you and me, Preserve for all eternity. Breathe into me the breath of life so I can know I'm not alone, Breathe into me the breath of life”. ‘Memories’ has a Massive Attack vibe to, and as the song grows and swells you almost expect it to skew into 'Teardop'.

The second is a collection of songs that, for the first time in The Invisible's career, features guest vocalists and musicians. The album starts with ‘So Well’ which sees Jesse Ware duetting with Okumu, ‘Different’ features Rosie Lowe, ‘Love Me Again’ sees Okumu teaming up with Anna Calvi for a third time and ‘K Town Sunset’ sees pop maverick Connan Mockasin joining the group. These some of the most interesting moments on the album. Not only does it showcase the band's musical abilities even more, it also works as a show reel for The Invisible's ability to write for others. ‘So Well’ is a prime example. It’s a tender ballad about love, rejection and redemption, but thanks to Ware on vocals it takes on a more sensitive and impuissant vibe. The opening lyrics set the tone of the song perfectly: “Easy come easy go, If you don't tell me I'll never know, The mystery remains unsolved, You didn't show me how it goes” Ware’s delicate vocals show a vulnerability that if Okumu would have lacked. This change in emotional impact is the difference between their debut and Rispah. The band has finally found its voice, and this shows throughout the album especially on the final song, and also the stand out moment of the album ‘K Town Sunset’. The opening woozy strains are quickly brought back into line with almost industrial beats, then Okumu and Mockasin’s combined vocals, with a wonky keyboard line, that slowly gets incorporated into some laidback neo-acid tweeking. It’s as close to perfection that 2016 has got.

Patience is an album made by a band reaching the pinnacle of its powers. Their ability to merge indie, soul, electronica, gospel and give it a sheer pop sets them apart from their peers. In the four years since Rispah we’ve had to be patient, at times I feared the band would go off and be producers, arrangers and remixers for bigger artists than come together and make another album, but as the old adage says 'A little patience goes a long way', and we have been rewarded for it. Patience not only lives up to its name, but surpasses it.