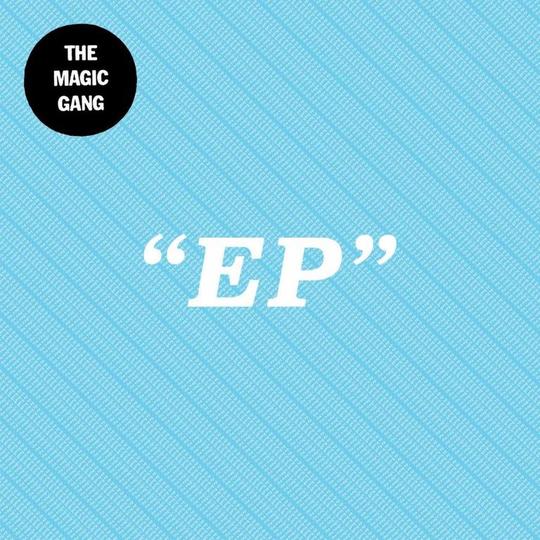 Let's be honest, we all love a boyband. You can try brush it off, tell yourself that you don’t. Pretend to yourself and everyone else that you’re above all of that nonsense. But everyone loves a boyband. The cheekbones. The outrageous clothing. The harmonies. And above all the choruses. In recent years as well, your favourite bands have come out in favour of them. Swim Deep said they wanted to be as big as One Direction. Yeah Noel Gallagher has endlessly attacked them, but simpletons always hate what they can’t understand.

If you’re still not able to bring yourself to outright admit that instead of quietly nodding along to Oneohtrix Point Never’s latest offering, you’d rather be yelling along to 'Never Forget' by Take That, then The Magic Gang, and their new The Magic Gang EP (imaginative, I know) are here to fill in the gap for you.

Firstly, to settle your inhibitions, they’ve got the credentials. They toured last year with Wolf Alice AND the EP was produced by Dreamtrak, who has twiddled the knobs for both Foals and Swim Deep. So yeah, got that side of it covered for you.

The Magic Gang EP is the band's first, having only previously released one single, the dark, grungy 'No Fun'. The new tracks are a departure from this, replacing the menacing with the woozy, and polishing off the grit to leave shiny collage rock songs. Chuck in some deliciously fun basslines and some three-part harmonies and you’ve got yourself a band that are a weird mix between Weezer, early Duran Duran and um One Direction. Stick with me here.

Take first track, and first single, 'Jasmine'. It’s got some nice breezy chords, cheesy lyrics pondering “When the sky turns blue/ but it starts to rain on you” and, most importantly, a massive chorus with that kind of shouting-but-not-really-shouting that all boybands do so well. You could imagine a dance routine choreographed for it, maybe a getting off the stool moment, definitely a lot of screaming girls.

The EP has loads of these moments. 'Feeling Better' is the song that should have played when that girl you fancied said no to going to prom with you, all Fifties reverb and heartache. 'Lady, Please' has a chugging bassline and off-beat guitar nicked right off an early Police track, but with a fuzzy solo chucked in just for fun. It’s an EP full of an almost twee level of longing (“Told me I was wrong/ every time I showed you any song”), and yeah it’s kind of formulaic, but that doesn’t mean it’s not fun.

The Magic Gang may not be breaking any new ground. But that’s fine as long as they continue to be this much fun.