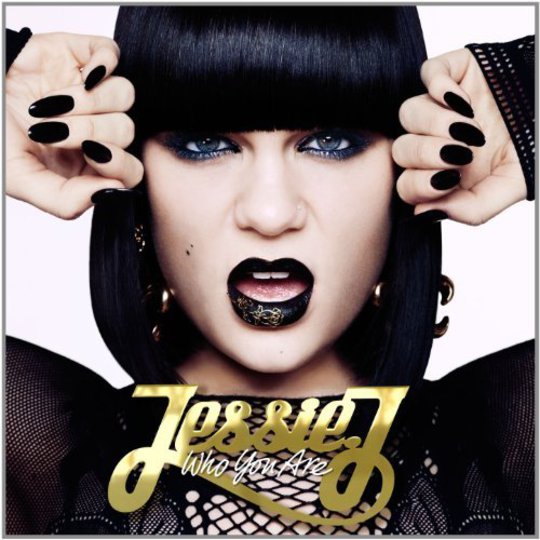 'Pop' is in a funny place. Somewhat bizarrely, it ain’t the dominant force it once was. Chart-bothering fads come and go, without so much as producing a single ear worm. Novelty hits pass by without offending anyone. In fact, with the music world so fractured, pop’s pervasive place at the top of the pile is now more by default than unifying design (unless of course it’s uniting us in thinking Rebecca Black is not very good). Rather than try to shock and awe, 'Pop' has retreated into the not-so-distant past for inspiration, retching up fashions and dredging for synthetic sounds that didn’t quite connect enough to be attached, ingrained and defined to any particular era (see also: that godawful recent Black Eyed Peas single and various post-Calvin Harris glittery-farts). Or to think about it another way, the lid’s off the dressing up box but no-one is running riot. Mass moments are few and far between, especially in the UK now that there’s no TOTP-like show and there’s only about ten or so tracks on loop on commercial radio. Plus, now the charts have gone all iTunes, we’re sleeve note-less - not that anyone actually gives a shit if you write your songs or not (they presume not), so it doesn’t matter even if you pretend to be ‘credi-real’ and rope in three co-writers (O Hai Ladyhawke!).

Which brings us to flavour of the nanosecond Jessie J. She’s got a glottal-stoppin’ gob on her, not unlike Kate Nash after a Regina extraction. She’s got a brash ‘tude like Ke$ha’s just gatecrashed her party-bus. She’s the mum-friendly, tabloid trendy, beige Minaj: minus Nicki’s magic, schizo ‘characters’ and lyrical dexterity. She’s got Cleopatra hair (via Pulp Fiction), that’s so shiny you’d think her head had been genetically modified. Then there’s the illusion of credibility with puffed up talk of her writing songs for other people. Throw in tipping season plaudits based mostly on people hearing one or two songs and seeing a performance on Jools Holland and yeah, here is her well-received, number one ‘wid a bullet’ debut album Who You Are, for all the world to buy. In short, it’s a barely there Mel C-ish record that moulds itself to whatever 'you' want it to be. And by 'you' I mean, like, a marketing demographic version of you that drags your two tyrant kids around your local shopping centre and thinks Stella is for posh pricks. Or the 'you' that works in commercial radio and likes music to be as inoffensive as possible - Jessie’s essentially Lily Allen turned down to simmer.

This is dead-eyed pop with aspirations of being your comfort food but turns out to be a starchy soulless slop. It’s a cynical simulation of various shades of the modern pop rainbow. Who You Are is riddled with so-called vocal performances that are a half a step above an X Factor audition but that’s what makes it ‘genuine’ and ‘fer-realies’. It’s so cynical in fact that you can almost hear the A&R man’s director’s commentary in the background of Who You Are, and it goes a little something like this...

Track 1: ‘Price Tag’
Right Jess, you know how you hated Sandi Thom? Well, can you try to write a universal song with her sort of message but with a bit of Kate Nash. Maybe pretend you’re the new Alanis Morrissette if that makes you feel more comfortable? Let’s tick some boxes and get a rapper in, give it a really simple beat, and add some Jack Johnson guitars for the head-nodders. Now, try to pretend like you once listened to Rage Against the Machine or the Chilli Peppers, and just do your ting girlfriend... uh-huh, yeah... that’s it... oh yeah, ker-chang-chang, bling-bling... I know, I know, let’s call B.o.B. and then we’ll go get you some sugar-free cupcakes across the road..uh-huh..yeah-yeah....

Track 2: ‘Nobody’s Perfect’
Right, today we want you to make this a bit more Rihanna-like but let’s hold it back a bit, radio don’t like over-emoting these days - you’re not bloody Cyndi Lauper yet darlin’! ...I said yet! Oh go on then, you can ‘ave it, go over the top, it’ll just make the next track sound more like a single... [scribbles 'filler track' in his notebook]

Track 3: ‘Abaracadabra’
Let’s drop the tempo down a little bit. Not quite ‘Dip it Low’ or The-Dream or too ballady but something that’ll give that Marina and her sodding Diamonds or that Little Boots midget a bit of envy that their album tracks ain’t this good. Now, if you could stop singing like Katy Perry and drop in a few less Michael Jackson references... I mean, we gotta be careful else people might start noticin’ we’ve nicked this boring drum beat off Janet’s last record... That’s it, smashed it!

Track 4: ‘Big White Room’ (Live)
Sorry, we’ve not got time to re-record this after we paid our press and telly team bonuses for getting you in that BBC list. You ok with us using this live version? ...Er, Jess, that was a rhetorical question.... Good, good. Do you want a bit of extra crowd noise mixed in this bit...? We can do that by dragging the mouse on this fader switch thing. That ok? Good.

Track 5: ‘Casualty of Love’
Ok, you can put your tribute to TLC here if you like, yuhknow, the one that sounds a bit like ‘End of the Road’ by Boyz t’ Men. Yeah, that ‘casualty’ one, whatever it’s called.... Yeah, yeah, yeah, I’m fine with it because it’ll sound interesting enough on the iTunes 30second clip and you love this one dontcha? No need to make those eyes honey. Awww babes, don’t cry... let’s go get some carb-free sandwiches and maybe I’ll let you play 10mins of Angry Birds if you don’t make a scene...

Track 6: ‘Rainbow’
Right then, we need one for the non-white demo’. Yeah, you know what I mean, I’m bein’ a racialist babydoll! A big empowerment song that Benetton might want to use in Q4 if we get all our ducks in a line and blow those yellow fuckerz out of the water. If not, I’m sure David Cameron will want something to play next time he has to go walk into a press conference at an inner city school. Don’t over do the diva on this one Jess’ but feel free to do as many Yaaays and Yeeaaaahhhs as you’re comfortable with. Bangin’ babes!

Track 7: ‘Who’s Laughing Now’
I can’t make it in today, have some fun, maybe see if you can make a mash-up of Leona and Lady Sov’? Whatever you wanna do, I don’t mind.

Track 8: ‘Do It Like a Dude’
In the bag baby, IN THE BAG! MANDEM! MANDEM! Do you want us to get some hats made up with 'Like a Dude' for your merch desk? What about some girl-sized Y-Fronts? I’ll see if I can get you one of those Brazilian hair treatments tomorrow if you want, get your little PR dolly to see if Glamour want to come down and take some snappy snaps? Oh and what’s your mum’s address, I want to send her a parcel from Harrods, mummers love that shit!

Track 9: ‘Mamma Knows Best’
Speaking of Mums, we need a track for Strictly Come Dancing in Q3. Did you hear that Xtina track she did for that movie about chicks in pants? Something like that’ll do. The brass section should be in the studio already but if they can’t understand your instructions we can just use some samples, don’t sweat it babes. Mandem! Mandem! ...sorry, I thought I had hung up, I’m right charlied off my friggin’ tits honeycakes, I’ll call you later, see how you’re getting on....

Track 10: ‘L.O.V.E.’
Jess, you can stick that old demo on if you like. Do you want to re-do the vocals? Don’t worry about a radio edit, we’ll think about this for single four if them Lily Allen fans haven’t bitten after Glastonbury. Ol’ sexylips nextdoor just said ‘Don’t forget you’ve got phoners with Germany at 9am tomorrow’, be sure to mention how us Brits call sausages bangers and show how you know about their culture by asking a question about why they have mayo on their chips. Good girl! MANDEM MAN-DEM!

Track 11: ‘Stand Up’
Finish line’s in sight hun! Do you remember how in the late Nineties everyone had acoustic guitars and had really short verses so they could drop the chorus before people got bored and turned from MTV to cartoons? Yeah, we need one of those. See if you can do a feel good, summery sorta thing, lots of handclaps for all those festival crowds and use as many upbeat cliches you’ve heard on the bus as possible.

Track 12: ‘I Need This’
Shit, we’ve not really done one for the rock crowd. Think big, big, big but not too Mariah. I mean, this track doesn’t really matter but it’s just in case Evanescance come back and radio stop playing our kind of music. Can maybe you just do something like that Paramore track on Twilight? Actually, I’ll give Twilight a call now, I think the bird who picks the music wanted tickets for some spit ‘n’ whistle band the other week. Leave it with me babes.

Track 13: ‘Who You Are’
You remember that song you played me in my office that first day we met? Wouldn’t it be nice to finish it off and end the record with it, bring things full circle? I know you don’t love it but it’ll be a good one to sing on any teen tv shows to suck in all those gloomy eleven year olds whose cats, gerbils or mums just died. I’ll throw those b-sides on the end and job’s a good ‘un. Fuck it, let’s call the album that, yeah? That wasn’t a question, hun. Anyway, gotta go, see you in Cannes babes, I’ve got this great place right by the beach, you’ll love it. We can get rat-arsed in the sunsets and you can chillax a bit whilst the marketing monkeys do their thing. See you next Tuesday!

Or to put it another way, this is an ‘urban’ ‘pop’ record made to fade in the background in lobbies and cafes, and, yeah, mandem-mandem, squawk, squawk. Whateverz.

Micachu and the Shapes and the London Sinfonietta