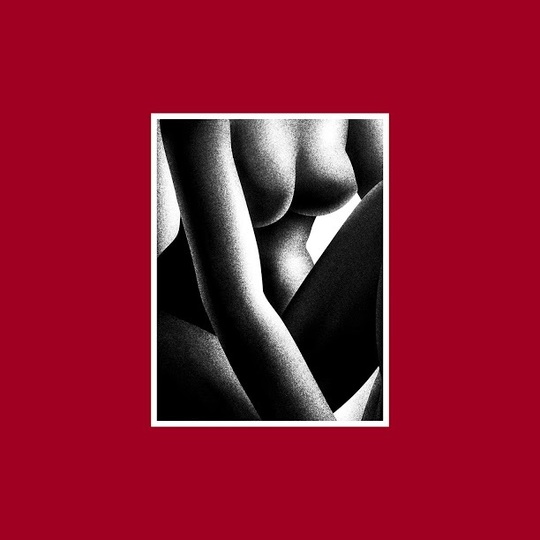 Jesus. Two men believe they can devote themselves to 'the female race', eh. So they write a buncha recycled soul songs bout, well, sex and call themselves Her. Because obviously, the essence of femininity is fucking men. I mean, just look at that cover. They’ve deliberately cut her face – the most distinctive part of the body, the one that sets individuals apart from each other – so that we only see a Her, an idealised female model that represents all women. And what’s she up to? Why, fucking a giant penis, of course. This is what Tape #1 promises; however, that very one-dimensional vision smacks of so many tropes and clichés, that the whole shebang falls flat halfway through.

Mind, Her bring all the right ingredients – Bee Gees-like crooning, synths that caress like satin gloves, feline riffs that slink and yowl. And you’d have to be an android to not feel the dead heat from standout 'Five Minutes', which nearly smothers the listener in its amorous intentions: “All I need is five minutes, / start the ignition”. One line strikes me as odd– “_like a butterfly effect / one hit of a cigarette / mistakes you don’t regret”. The lyric echoes the vague shadow pulsing just under the mirrored surface, the dirty aftermath that follows the ecstasy.

No such clever phrase appears in 'Quite Like', a catalogue of lady-like body parts and gestures. The soft pseudo-organ and sashaying bass line suggest a candlelit affair, but nothing really happens. The closest we get to an epiphany is a clumsy euphemism - “I quite like your grace / like when we interface” - that sucks all the sweat out of the room.

Now, I could forgive a girl for falling head over heels for 'Five Minutes', maybe even 'Quite Like' – but, past that, Her gush into velvety excess. 'Union' is that prerequisite slow ballad which listeners never want to hear, like the gushy send-off 'Harbor Lights' on Boz Scaggs’ Silk Degrees. The cooed ”she’s my queen” chorus, coupled with the whining riffs that reek of Joe Cocker or some other soft rock stalwart, render the whole tune as a blatant bid for nostalgia. The spoken segments, which outline a typical romantic getaway with champagne and swimming pools and hotel rooms, only mire 'Union' further into this dull abstract of romance, the kind that travel agents and porno mags sell as commodity. It’s love as a series of gestures and ritual

That leaves 'Her', a straight-up R&B number which tries to bank on the pseudo-organ again to lend some sort of spiritual devotion (or, at the very least, some illusion of gospel) to the duo’s lust. But honestly – ”everywhere she goes, I got to be”? How many times have we heard that one before? The same façade of romance built in “Union” blankets this one, too. As pretty as the guy’s voice sounds, his promises or pledges to loyalty sound like lines borrowed from the Saturday Night Fever soundtrack.

And then the tape ends, just shy of 17 minutes. And what’d you get out of it? Maybe some chills, maybe one urge to fuck someone, but likely little more than the salty sweet satisfaction that you could’ve found in a bag of crisps. Her remind the listener too much of too many other crushes, too many other love affairs that only existed in your head. Even the trashiest paperback novel has a plot, and these guys oughta write one if they hope to conjure an album some day.