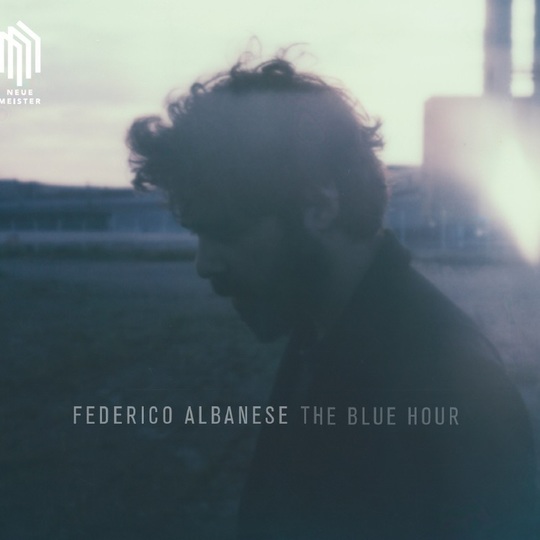 Managing to encapsulate in an album that fleeting period of transition between day and night is no easy feat, but it's something Federico Albanese has managed spectacularly. With The Blue Hour, the Milan-born, Berlin based 'piano poet' has crafted an album as elegant as it is melancholy, in which the lasting impact is only matched by each track's transience.

That might sound paradoxical, but the delicate compositions, made up of little more than piano, synth and cello, are as fragile as the period of time from which they take their inspiration. At least when taken on an individual level. As such The Blue Hour is a record best taken in in its entirety, allowing its icy textures, glacial pacing and stark sobriety to ease their way in to the listener's conscious, resonating long after the final notes.

Despite being completely instrumental in its delivery, The Blue Hour's narrative is evident; a testament to Albanese's ability as a composer, the rich swells of string and synth envelop listeners, much like the approaching night it mirrors. And though ambivalence and melancholy are indeed the prevailing moods, it's a record punctuated with occasional moments of hopeful exhilaration.
br>

'Migrants' and (to a lesser extent) 'Time Has Changed' both bristle with an inherent optimism that's difficult to ignore. The former floats on an airy bed of electronics and major key piano, the latter pulses with an understated intensity, adorned by delicate trills. For the most part however, the pervading sense of darkness isn't just in the periphery. Tracks such as 'Shadow Land Pt 1' are back-boned by an ominous cello, whilst the title track 'The Blue Hour' throbs with mournful resignation, the cello once again serving to magnify the melancholy.

Given track titles such as these, coupled with the dichotomy of hope and hopelessness, optimism and resignation, one might also take a secondary reading from the record's narrative. One interested not just with the transitory period between light and day, but that transitory period between one destination and the next, the grey area between what was once considered safe, and what will represent safety in the future. In other words, the 'migrant crisis' that's facing Europe currently.

With Albanese's location in Berlin, as well as his Italian background, it goes without saying that he would feel affected by such events. And even though such a narrative might only be a secondary reading, an undercurrent of sorts, track titles such as 'And We Follow The Night' or 'The Boat And Cove' suggest that not only such are such narrative strands present, but they're told in chronological order as well.

Of course, with the record's sombre tone, the presumed ending is somewhat bitter-sweet. 'Stellify', whilst strikingly simple in its beauty, means to literally turn to stars, and whilst this is the perfect bookend to opening track 'Nel Buio' (meaning 'In Dark') one might also presume that the metaphorical journey of the migrants wasn't a complete success.

Ephemeral though the record's inspiration may be, the haunting beauty, fragile melancholy and instrumentation that speaks volumes all makes for an album that reaches far beyond its three quarters of an hour run-time. One of the most hauntingly beautiful records you'll ever hear.