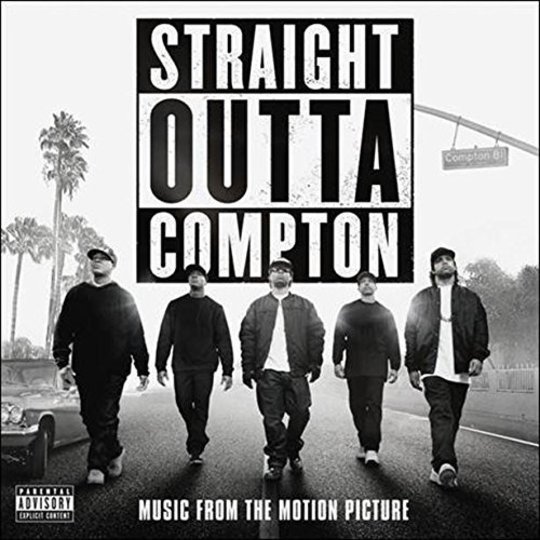 “You are now about to witness the strength of street knowledge”

Listening to NWA in 2016 it’s hard to believe they were once considered The World’s Most Dangerous Group; they almost come across as tame when you consider the hardcore rap that followed in their wake. But skip back 30 years and Dr Dre and Ice Cube, Easy E, MC Ren and DJ Yella were a nail-bomb of righteous fury. One of the most pivotal acts in modern hip hop, which put West Coast rap on the map and brought young black anger to a global audience.

NWA shunned overly conscious rap, distilling the message of incendiary political acts into street level ferocity. The concerns expressed by the group shied away from historic inequities, focusing on the imbalance of their everyday experience. And it’s for this reason tracks like ‘Fuck Tha Police’ and ‘Straight Outta Compton’ still resonate; not least because the disparity between black and white simmers beneath the surface of America today. And while the names of the cities might have changed—replace South Central LA with Baltimore or Ferguson—the problems remain just as gut-wrenching.

These themes are only briefly touched upon in the recent NWA biopic which leans a bit too heavily on shady record contracts and in-fighting. But the accompanying Straight Outta Compton OST reminds us that beyond inter-group squabbles, what remains is a powerful body of work.

Of course, some of the lyrics (specifically the aggression aimed towards women) will not sit well with modern sensibilities. “Dumb ass hooker ain’t nothing but a dyke” raps Cube when he’s slighted by a woman in one of the subtler moments on ‘Gangsta Gangsta’; while Easy-E, when disciplining a young lady on ‘Boyz-N-Tha-Hood’, chooses to “reach back like a pimp and slap the ho”.

It’s indefensible in every instance, but for good or ill, it’s representative of the hostile street life of which surrounded them. NWA’s delivery was one of shock-and-awe, intended to wake up Reagan-era America from its slumber. The over-sexualisation and ultra-violence in their songs, whether it’s aimed towards bitches, cluck-heads or the po-po, all signifiers of the desperate life of a gangsta.

What separates the soundtrack from the ‘just another best of’ are the funk classics that pepper it. Their addition is a neat counterpoint to the sound behind NWA, with tracks which not only influenced Dre and Yella’s production, but much of rap in the Nineties. Parliament’s ‘Flash Light’ was sampled by Tupac, ‘Weak at The Knees’ would be integral to Cube’s solo debut, while Dre, Tupac, Snoop Dogg and—most recognisably— De La Soul would sample Funkadelic’s astonishing ‘(Not Just) Knee Deep’.

The majority of NWA tracks here are taken from their debut, skipping the less enjoyable aspects of the years after Cube’s departure, when they almost became a parody of themselves. Instead it culminates with nineties bangers (‘No Vaseline’ and ‘Nuthin’ But A “G” Thang’) solo anthems from the group’s biggest successes, the latter ushering in the appearance of a youthful Snoop Dogg.

While not offering quite the full torrid picture, the Straight Outta Compton OST gives newcomers to NWA more than enough flavour and background. If you own the albums already this might seem a pointless exercise, but if not, then it’s a decent introduction to the group who popularised and defined gangsta rap; reshaping the landscape of modern black music by placing the desperado front and centre.