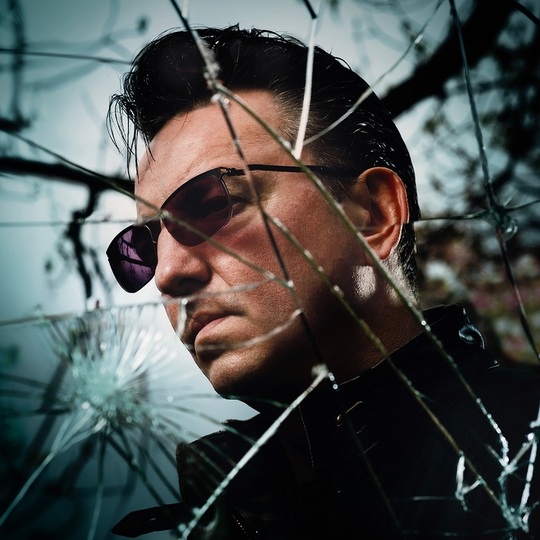 “I don't want to lower the tone, but ya know that there's still a little spare meat on the bone”, intones the gloriously world-weary Richard Hawley as 'I Still Want You', the opening track on his new album, Hollow Meadows rises from its initial torpor into a string-laden cinematic chorus. And it immediately feels like we're home. Hawley's voice, and his songwriting modus operandi, have become an increasingly revered part of Britain's alternative pop landscape over the last few years, and not just because he has a heap of famous friends and collaborators. He has a rare way with a hook, an ability to take a feature of a song which does not feel like it should be the its main focus, such as the unassuming chorus line of 'The World Looks Down', and turn it into something which feels almost like a seminal moment in contemporary British songwriting. By the time the driving grit of 'Which Way' has you in its sights then should you fail to be sold on the genius of this songwriter there is quite simply no hope for you. The layers of keys, strings and guitars which herald the song's climax are the kind of thing which have driven fans of Alex Turner towards paroxysms of pleasure for many a long year. It's time Hawley was heralded in the same way.

So, what's that? Three songs in to Hollow Meadows and it sounds like the album is destined to be carried atop the shoulders of cheering crowds all the way to the top of many an end of year list. Whether or not this will happen depends, more than likely, on how the listening public feel about the mid-tempo numbers that follow such as 'Serenade of Blue' and 'Sometimes I Feel'. The latter concludes with a gorgeous 12-string interlude, but is largely a meandering number. At points tracks such as this and the following 'Tuesday PM' have more than a hint of Bill Fay's recent work about them. There's something transcendent, something which crosses boundaries of genre and time, and we find ourselves returning once again to the time and place where albums were solely about placing an artists' best songs in a strong running order. If this album had been released by a singer-songwriter in the Seventies, I have very little doubt that, by now it would be being sold for a lot of money, in its original pressing of course, on auction sites around the world.

The question though for Richard Hawley is, will he be able to reach the ears and hearts of those who might dismiss his work? “Oh love, where are you hiding? Don't cry, don't go from the sun, welcome the sun”, he pines. But will anyone hear his cry? There may be plenty of meat left on his bones, but for this fine album to take the plaudits it truly deserves, we have to hope that there are many with open ears and hearts. Richard Hawley: troubadour in chief for this generation.