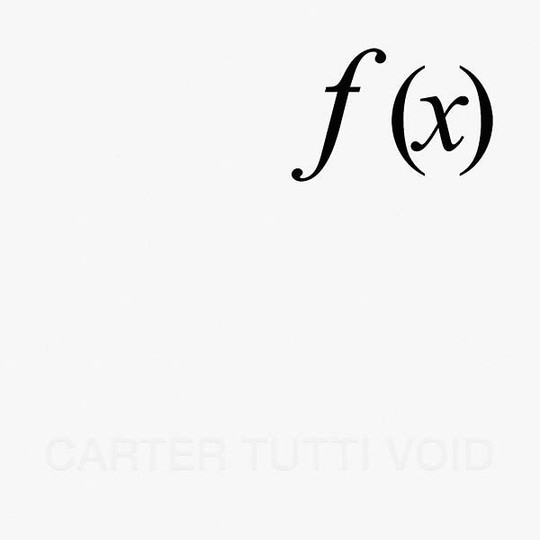 The pulse as musical object has been something of a focal point for experimental musicians in recent years. Australian composer/multi-instrumentalist/hurricane Oren Ambarchi has incorporated eternal pulses into many of his recent works (most notably Quixotism), while the ‘motorik beat’ is now part of every layman’s modern music lexicon. Even the recent music from electronic music’s godfather Richard D James has veered closer and closer towards the beat rather than the skewed freneticism of his drill ‘n’ bass years. The most glorious recent celebration of clockface rhythms, however, was Carter Tutti Void’s Transverse back in 2012. A barely-moving pulse of tick-tocking drum machine beats blazed a trail rife for CTV to litter with processed noised built from indistinguishable guitars, vocals, and god knows what. The results were four menacing, epic, addictive, rhythmic monsters, invoking the same demons as Throbbing Gristle high-points (or low-points depending on how you look at it) like ‘Very Friendly’, or ‘Persuasion’, but in something resembling a damn-well-near-danceable context. Who couldn’t enjoy that? To say that the first meeting of Carter Tutti Void was a successful one would be an understatement.

Thus it was with itchy feet and eager ears we waited for more releases. Last year paid off, and saw a series of gigs across Europe for CTV dubbed ‘Transverse II’ - so it was then something of a surprise to recently find out f (x) is in fact a studio album. Six tracks, roughly eight-to-ten minutes in length each, and all built atop sprawling beds of ever looping pulses. The skeleton is for all intents and purpose identical to that of Transverse, but the move into the studio, as well as some infinitesimal shifts in the trio’s approach, mean the flesh has definitely mutated somewhat.

The amazing thing about this sort of repetitive musical bed, is how it plays with our perception of time. Detroit’s minimal techno producers such as Terrence Dixon and Robert Hood have toyed with the concept for years (Hood’s seminal Minimal Nation in fact turned 20 years old last year), repeating the same loop for entire songs, throwing in to the foreground little more than a smattering of sound effects and synth washes. Carter Tutti Void utilise skewed time to turn their resounding cavernous yelps of processed vocals or bowed guitars into something more than merely the ‘next bit of the tune’, but the defining change between Transverse and f (x) is undoubtedly a greater sense of release throughout, and the feeling that this noises and drone and wailing bowed guitar squall has all become something more purposeful. Case in point, opening track ‘f = (2.4)’ builds gentle synth drones, delay effects and distant scraped guitars over the pulse into a drifting quiet menace for a mere two minutes and 40 seconds before the hyperspeed button is thwacked, and proceedings step right up a notch with heavier beats and a sense of dread now turned into panic. A calming blast of organ even surfaces towards the end of the piece, implying an actual musical journey. Transverse was perhaps more potently atmospheric, but f (x) really seems to take us somewhere with each track, rather than merely suspending the listener in a prison of metronomic tension and corrugated industrial metal.

The breadth of sounds at Carter Tutti Void’s disposal seems to have grown on f (x). It could be a benefit of working in the studio over a live recording, but the battling elements buried in the mix seem to surface more audibly than before. on ‘f = (2.5)’ the groan of effects-heavy vocal line monstrously yawns atop the shuddering blend of sound effects and industrial beats from Chris and Cosey, while ‘f = (2.3)’ has them re-configured as almost angelic incantations from above. ‘f = (2.3)’ also sticks out as containing a significant break from the pulse in its mid section, with the beat burrowing deep below the oceanic storm of buzzes and processed chanting for an extended breather two thirds of the way in. ‘f = (2.6)’ takes a more defiantly distancing stride away from the CTV’s minimal Transverse template, amping up the energy of its central rhythm. The result comes across almost more akin to Chris & Cosey’s early Eighties work on Rough Trade - particularly the ‘OMD-on-acid’ or ‘Kraftwerk-on-pills’ grooves of Songs of Love & Lust - with something nearing a perceivable lyric in the vocals (difficult to say if it’s Void or Tutti) and a densely gothic bass line.

Everything that made Transverse great is here on f (x). Carter Tutti Void are reimagining industrial music without the need for in-your-face defiant transgression. They are distilling the ideology of industrial music leaving behind its very core aesthetic. They’re sanding the edges of that jagged-edged factory gear, and they’re swapping pneumatic drills for sonic paintbrushes, leaving behind little more than a wash of dense engulfing grey, punctuated by the wailing of bowed guitar strings, mournful chanted voices, and the eternally recurring robotic pulse.