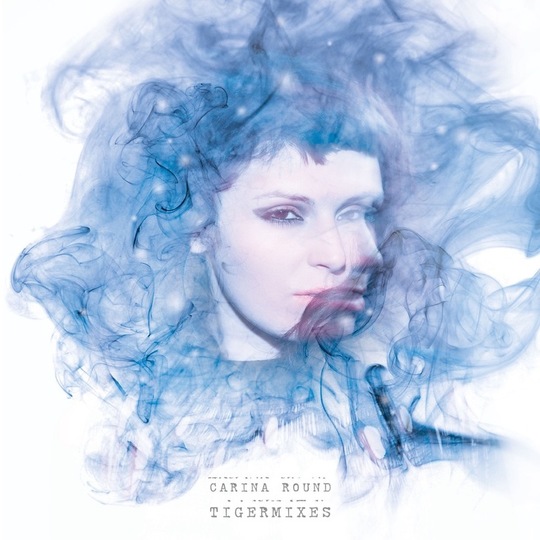 It feels like Carina Round has been at the coalface of skewed pop music forever. It is at least ten years since I first became aware of her upon the release of the marvellous The Disconnection, her second album, following the somewhat tentative debut First Blood Mystery. After that, a move to America and recording sessions with Glen Ballard and a stunning band brought her spiky post-punk to the fore on Slow Motion Addict. Except it didn’t. Not really. Slow Motion Addict is a modern classic. Certainly one of the best albums released by an English singer-songwriter this millennium. And yet, mired in a swamp of label and management politics, it never got the audience it deserved. Try and find it, legally. I dare you.

Alongside this, Round has lent her considerable vocal talents to Puscifer, formed a frankly unfairly good country-tinged acoustic pop band, Early Winters, sharing vocal duties with Justin Rutledge. Basically she’s preternaturally talented, almost to the point of being annoying. It certainly is feasible that in spite of her versatility and ability to conquer every genre to which she turns her hand, Carina Round might be frustrated that her burgeoning talent has never truly been recognised by a wider audience.

And so we come to Tigermixes. Originally released as a Record Store Day exclusive earlier in 2015, this is a collection of re-imaginings of songs from her last solo album, Tigermending. Having thoroughly digested said album, I'd say the versions on offer here merely adds an extra level of depth, showing what great songs the originals were. As such, it’s not possible for me to comment on what kind of a listening experience this record might be for a listener new to Round, or unaware of the original album. But suffice to say that this works as a standalone piece of art, perhaps one reason for its wider release now.

A weighty listen at 13 tracks, this is nothing if not stylistically varied. The Swan Sisters provide the first re-interpretation of original album opener ‘Pick Up the Phone’: a slinky, bass driven groove emphasises Round’s vocal as she moans “I’m pregnant with your baby….I let the wrong one go”. ‘You and Me (Beats Driven Remix)’ is propelled along on the back of a gaudy synth lead, managing to sound joyful and mournful simultaneously. This is, needless to say, quite an achievement. That it is followed by ‘Set Fire (Mang-Kon Remix)’, which sounds like something Last Shadow Puppets would have grabbed with both hands all those years ago serves to show the all-over-the-place nature of this album.

More than this, the bulletproof quality of Carina Round’s songwriting is what is most clearly illustrated. There isn’t a song here which doesn’t work. Her melodies are watertight. There are vocal hooks aplenty. Her songs can progress serenely or be violently re-tooled without ever losing their core identity and focus: her crystal clear vocal performances. As ‘You Will Be Loved [Curt Smith & The Reverend Charlton Pettus Remix]’ unfolds along its dubby way, alternately presenting close harmonies redolent of The Staves one minute and a menacing synth build the next, we could be witnessing the birth of a synth pop superstar.

Except that it’s highly unlikely that this is Carina Round’s aim, or that this will happen. Instead, we mere mortals are left to listen and watch in wonder, waiting to see how this special talent will express itself next.