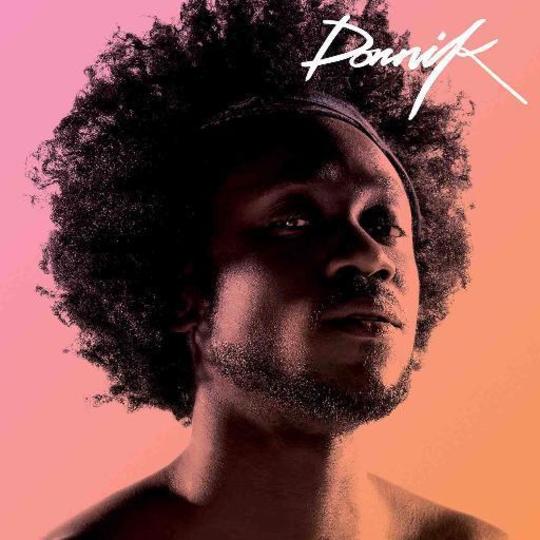 If you’re already a fan of Dornik’s shiny brand of nu soul, then you have Jessie Ware to thank - if you believe the Dornik press release, that is:

'Singer, songwriter, and producer Dornik never went after the spotlight, but the spotlight found him anyway. It was while on tour playing drums for Jessie Ware that she heard his demos, and immediately knew he’d be right at home alongside her on PMR [Disclosure, Julio Bashmore]. If it wasn’t for her, the world might never have stumbled across this hidden gem.'

If you’ve yet to experience Dornik - an amalgam of his parents’ names, Dorothy and Nick – then here’s a brief catch-up: after Ware passed on his bedroom recordings to PMR, the Croydon-born musician steadily released a string of fizzy electro-pop singles (including the sadly-absent ‘Rebound’) that featured flashy Vice City-inspired cover art, which made for a package that carried as much retro style as a gold-encrusted Casio. Indeed, much of Dornik’s embrace of the late-Eighties pop aesthetic on those singles would be an apt soundtrack for cruising around Starfish Island in your Infernus.

But before we go casting him as music’s Tommy Vercetti, it should be reminded that Dornik is a somewhat shy individual – after all, if it wasn’t for Ware’s intervention, he may well have kept recordings to himself. It’s an apt mentality for the type of songs that he writes: delicate, soulful electro-ballads that infrequently glimmer with bombast or showmanship. It therefore places his craft more accurately next to the more intimate, bedroom-savant likes of Frank Ocean and The Weeknd (pre-‘I Can’t Feel My Face’) rather than the cool self-assurance of Prince or Miguel.

And yet Dornik’s self-titled debut record hits the (mostly) virtual shelves this week in what is surely an attempt to overcome any remnants of that old bashfulness, and, judging from the opener ‘Strong’, he’s keen to tackle that aspect of his reputation head-on. Rattling along a roller coaster of a drum machine beat – evidence of Dornik mixer (and D’Angelo producer) Russell Elevado’s 'expensive and rare analogue equipment', no doubt – it’s a fine opener that conjures a positivity that you hope sets the standard for the remainder of the record.

But then to do so would betray Dornik’s fledging oeuvre: after all, he’s more for love songs than come-on-down floorfillers. Take ‘Blush’, for instance: a slow, seductive proposition, it wouldn’t be out of place on Justin Timberlake’s surprisingly-excellent The 20/20 Experience, such is its cooing, stop-start nature. The pace is upped ever-so-slightly on ‘Stand In Your Line’, which has a much more memorable chorus than its predecessor thanks mostly to its choppy vocals (a change from the adventures in auto-tune elsewhere on Dornik that often transform his vocal into something of an initially indecipherable whisper), yet there’s a superfluous 90 seconds of space-pop tacked onto the end of the song, which feels a little misjudged.

It's produced by Kanye, Kendrick and Rhianna collaborator Andrew 'Pop' Wansel, and his presence certainly aids Dornik in its attempt to be a glitzy and possibly mainstream-baiting pop record. But is its star still reluctant for such a limelight? ‘Mountain’ sees Dornik take on a Michael Jackson role as he strains his falsetto over some watery guitar lines and booming drums, but it’s not pulled off in a conclusive, show-stopping manner. The amorous R&B of ‘Chain Smoke’, meanwhile, sees Dornik pay lyrical homage to a girl’s lips in a way that seems relatively tame when you frame it next to the braggadocio of Miguel.

It’s left to the previously-released singles to save Dornik from disappointing mediocrity. ‘Drive’ features a confident lead vocal and guitar work that would make Nile Rodgers envious, whilst closer ‘On My Mind’ is indisputably funky through its angular synths and infectious beat (Dornik evidently utilising his rhythmic talents), setting up a lyrical narrative that locks eyes with you from its opening salvo: “Saw you on the stage getting yo’ groove on”. This is Dornik firing on all cylinders; a trend continued in possibly his finest creation to date, ‘Something About You’. Legend has it that his GCSE teacher deemed an early incarnation only worthy of a B grade, which is a little harsh for such an outstanding piece of electro-pop. Elegant in its strolling layers of synth, Dornik delivers some eyebrow-raising dialogue: “And girl, I’m hoping you hear me now, because I mean every single word I say / I’m just hoping you feel the way that I do, and girl I’m hoping that one day you’ll say I do”. And boom, a thousand teenage hearts just burst - it’s just like listening to ‘Songs for Women’ for the first time all over again.

It’s perfectly acceptable to be an introvert in music these days – Tame Impala, SOAK and Frank Ocean are testament to that – but there’s a feeling on Dornik that its creator isn’t quite ready to take on the kind of spotlight that a record with such obvious ambition demands. No doubt a fine young musician and producer, Dornik is certainly an artist full of promise: it may just be that his first attempt at a full-length body of work has come a little too soon.