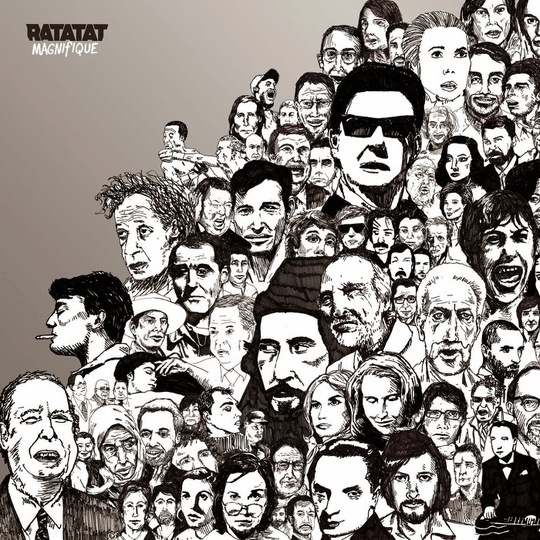 US duo Ratatat really are great. They make electronic power-pop (or is it funk rock?) that has a hefty sonic sheen without being an EDM-shaped serotonin bomb. They’ve been pumping out tunes since 2004, well before EDM became the industry’s snack-of-choice and their native Brooklyn became (quite) so trendy.

But with 11 years of increasingly refined space-rock, is complacency creeping in?

Well, no… or predominantly no… or more accurately who cares when it’s this good? Magnifique is excellent and comes after a five-year rest since last set LP4. The melodies are still cinematic and sweeping while the production is playfully immersive. To crudely splurge a review into a sentence, this is an album of Daft Punk guitar solos and Strokes-style angled baselines - an hour of heaven. ‘Abrasive’ in particular, is glorious with its melancholy hooks and four-to-the-floor kick drum. Ratatat know all too well the power of the twin guitar solo and how a high guitar line can indeed sound wonderfully strange when changing from major to minor. Similarly the bobbing keyboard line and Lemon Jelly guitar-hula of ‘Drift’ is blissful in its own Haitian-lounge way: chill out music for attendees of Comic-Con rather than the tastelessly wealthy.

Yet, if we accept the Daft Punk-Strokes comparison, it’s one that can easily be applied to all of their albums. That’s where complacency could be charged at the band - although if it ain’t broke?

Maybe, after five years, a listener might want an evolution somewhere... Or perhaps we’re just happy to have them back? While you strut to the bass hook and plucked guitars of ‘Cream On Chrome’, a part of you wants some strings in there, some counterpoints to the crunching chords of the chorus-section… although there is also a massively rockin’ tabla section in the song.

This is a Ratatat album through-and-through, but there is enough within the arrangements to keep it fresh. Breakdowns punctuate tracks cheekily with filtered percussion and of course the door-filter makes several welcome appearances throughout. ‘Pricks of Brightness’ starts as a soporific ‘Barely Legal’ and quickly becomes a Brian May solo transposed to keyboards. It sails across AOR segments, click-clock breakdowns and backwards guitar parts before cascading like a Vampire Weekend chorus. Within its perameters It’s an inventive and carefree album, a joyful re-engagement with a well loved sound, one that will undoubtedly remain fresh for as long as its creators are happy to stir the electro-rock-cauldron.