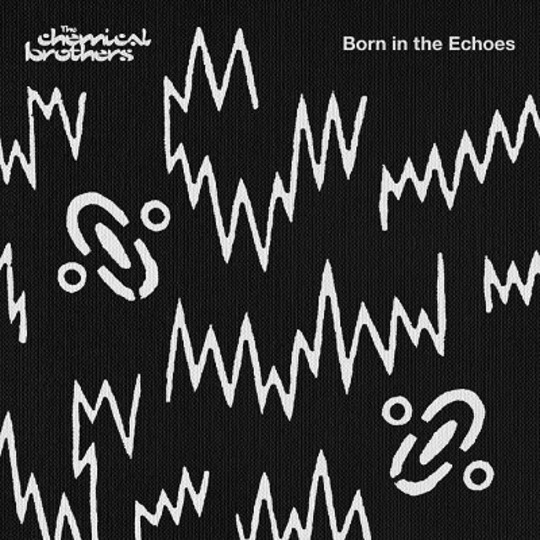 Ask someone for their critical opinion and in order to attain an honest one, tell them to pretend they're in a world of no sevens. It’s a cute argument, as made the The Verge editor Nilay Patel on a recent episode of his website’s podcast. There’s merit in the motion, particularly when applied to a situation in which one might wish to save face or avoid upset, but then the whole ‘thumbs in the middle’ thing can make for both a passive and active judgement depending on the subject matter. Mostly, it serves as the line between something truly great and something that’s just good enough. Despite not being the most glamorous of labels, it is, in almost every case, a recommendation yet many have come to think of it as somewhat of a red flag. That would be a six. Occasionally, a six boasts so much glamour that it can masquerade as a seven.

There is power in the hypnotic. Born in the Echoes, the eighth studio effort from electronica heavyweights The Chemical Brothers, finds Tom Rowlands and Ed Simons harnessing and wielding such influence throughout their latest packed hour and though it zigs more than it zags, the allure makes way for familiar quicksand quite often. Witness Annie Clark’s turn on ‘Under Neon Lights’ for a perfect microcosm of the overall opaque landscape. Cast in the role of enchantress, her voice registers as a ghostly chorus flirting with macabre notions. Played off shimmering synths and guitar licks that could easily be found on a Nile Rodgers effort, it’s all very bewitching if strangely stock.

‘EML Ritual’ stretches the immersive thread, all elongated arpeggiated crawls and sharp bright stabs. Nestled in between is Ali Love, his vocals distorted and dark, mirroring Clark as a jagged shard. That’s kind of the blueprint here; a focused transition from giddy jaunts into heavy, brooding terrain and back again. The initial dispatches are immediately arresting - the dizzy ’Sometimes I Feel So Deserted’ manages to kick and scale appropriately without ever going near homogenous Calvin Harris synth-ramp territory while ‘Go’ is a fine future disco effort bolstered by a game Q-Tip, though his turn on ‘Galvanise’ a decade ago is a notably sharper. Guests and what lies ahead make up a healthy chunk of Echoes’ identity. Though brimming with multiple voices, this isn’t a transparent Featured Artist shuffle, rather a clever distillation of distinctive avatars to guide you through an increasingly dense wander.

At times, however, proceedings are much too obtuse. ‘Reflexion’ and ’Taste of Honey’ offer up a draining ten-minute quagmire, the former a plain and plainly bothersome repetitive loop, the latter a buzzing directionless dirge. Cate Le Bon’s stark-yet-playful tones lend the title track a pleasing paranoid energy but the arrangement is feather-light and for all the talk of jumping forward - “The future, I’ll see you there” is the rallying cry that takes up the punchy ‘I’ll See You There’, a track that comes off as a weaker relation of ‘Setting Sun’ - there’s an unshakable sense of stasis to all this. As it turns out, the Brothers are at their most effective when keeping things exceedingly simple as they achieve a certain pop Zen right at the death. Assisted by a straightforward Beck vocal - it almost sounds like he’s on auto-pilot but it totally works - ‘Wide Open’ is a terrific join-the-dots number, busy with determined drums, pleasant individual notes and small lifts that deliver big impact.

Trailed by the pensive ‘Radiate’, it’s an odd but completely earned glide of a finish, a sense of clarity and focus come to the fore. Both songs reflect on life and love in clean and ultimately victorious fashion, both right at home as curtain calls for a curious narrative. Repeated visits reveal a smoke-filled desert, the mirages less dazzling the more they’re encountered, the strongest connections unexpected and brief. ”Slow me down, it’s getting away from me”, intones Beck repeatedly as the lights, so prevalent before, come down. Born in the Echoes isn’t the sound of stagnation, nor the grim realisation of irrelevance, and there are numerous flourishes that can only come from a knowing skill set, but in the end, it’s only just good enough.

So, there’s that number.