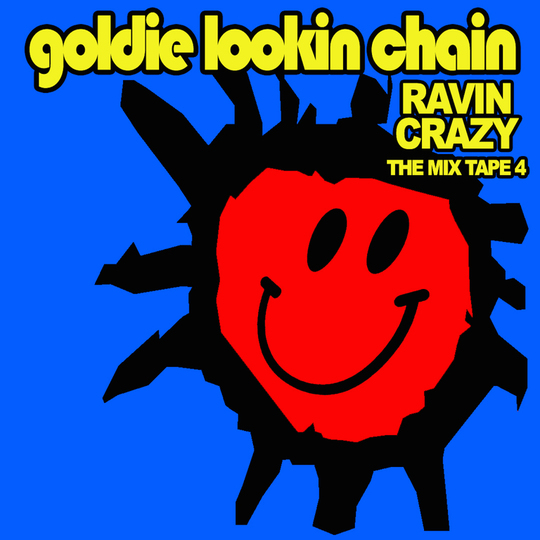 Now, if you’re reading this and you are already familiar with Goldie Lookin’ Chain, then I don’t need to waste my time by telling you that they are quite obviously the best thing that has happened to hip hop since Vanilla Ice. If you don’t already know them, put that Kendrick Lamar LP down, forget about A Tribe Called Quest and those Wu-Pang Clan nit-wits (or whatever they are called, who cares) and prepare to get schooled, son.

The reason that Goldie Lookin’ Chan are so important, is they cut out all the bullshit of being cool. They literally couldn’t give a fuck and that is an important thing in this age of trends and click-baiting Facebook statuses. As I’m writing this, I can almost hear you out there discussing the feminist implications of Fetty Wap’s ‘Trap Queen’, why Kanye is or isn’t a manifestation of Jesus Christ himself and your (possibly human) sacrifices to Lil B The Based God. I can tell you, with almost religious certainty, that The Chain are telling 'your mum' jokes and farting in front of pensioners, probably as we speak. And why not? Your mum jokes and farting are great, let’s stop pretending they aren’t. Goldie Lookin’ Chain are like the fart joke of music; it’s basic, it’s primal, it’s not Stewart Lee or some other thoughtful type of comedy, it’s a fart and there is no getting away from it, or it’s complete and utter hilarity. Even the most stoic person laughs at a particularly vocal fart. Goldie Lookin’ Chain, like farting, are a social necessity that levels us. It’s time for you climb down from those high horses, get down the pub (a normal pub, without any avocado-based h'orderves) and remember what it is like to not be cool.

Back in 2004, Goldie Lookin’ Chain released their breakthrough record Greatest Hits, which included classics ‘Guns Don’t Kill People Rappers Do’ ‘Half Man Half Machine’ and ‘Your Mother’s Got A Penis’ amongst others. The group’s tongue remained firmly within their cheeks, with jokes ranging from a guy dressed as a tinfoil robot shoving his member in a plug socket, to committing suicide to become famous: “Committing suicide to enhance my career, it worked for Biggie and Tupac Shakur / Jesus was nailed up to some wood, 2000 years late and book sales are still good.” Although, they are base and perhaps undignified, their unabashed and indiscriminate piss-taking is what made them so endearing.

To digress from my moment of nostalgia, Goldie Lookin’ Chain are back and are moving away from their playground of comic hip hop to satirise late Eighties rave in their Ravin Crazy – The Mix Tape 4. The record comes with a slapdash Microsoft Paint smiley face cover and some words about “dodgy wiz” and “pukka pills”. It is comprised of 34 tracks, all of which are virtually indistinguishable and have lyrics which satirise the stereotypes associated with the movement plastered arbitrarily across the running time. Things like: “Ecstasy, ecstasy, ecstasy vibes. Ecstasy, ecstasy and I’m packing a wet wipe” and “If you can’t beat the system, fuck the system, if you can’t beat the system, make your own one up, innit.” Musically, it is horrible, banal and cheesier than Cheddar Gorge, but it is, undoubtedly, a work of genius. I could look at it and say it is genius because it pre-empts the potential rave revival that could be on the horizon (I mean, it is one of the last styles of dance music to re-surface - new rave emphatically didn't count) or I could say it is genius because it cuts at the public’s obsession with deep house and the continual segmentation and tribalism of EDM. No, that would be making too much of it. Although, those things are true, I can guarantee that the only reason this mixtape was made, was for Goldie Lookin’ Chain to have a laugh. They have once again produced an immature fart joke for us to revel in, which comes at a time when we are too preoccupied with trending and having the right haircut. They are here to remind us that you can’t always been level headed and cool as a cucumber. Sometimes we need to stop being such flighty, self-obsessed, miserable bastards and tell some cock jokes.