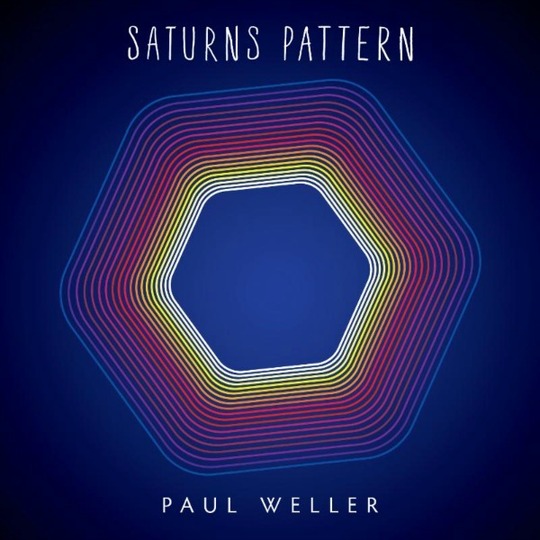 The phrase 'masterpiece' has changed in meaning over the years. Its original use was more functional than the one we know today - a masterpiece was the project that proved an apprentice was worthy to put aside their training and practice their craft as a peer and an equal: the perfectly made piece of furniture, the perfectly functioning watch, the perfectly-baked loaf. A masterpiece was the proof of a craftsman; after that point all of their work should technically be of the level of their 'master piece.'

I bring this up because there’s something of the master craftsman about Paul Weller: his 'master piece' was probably the Jam’s All Mod Cons in 1978, since then, with a few exceptions, it’s been largely solid quality. He’s like a great carpenter, the kind who knows how to work with the grain of the wood, knows the materials to use and the way to finish them, and knows which tools are right for the job. There are artists whose work contains a bunch of Ikea stuff slotted into place and rearranged - not Weller. He’s the one that provides the template. His best albums are beautifully put together, maybe not dramatic works of art, but like a properly built piece of furniture they will last for decades.


Weller’s last three records, 22 Dreams, Wake Up The Nation and Sonik Kicks have all pulled from different areas of interest- different materials and tools- but all been assembled into something very successful. In its way Saturns Pattern is even more satisfying, in that it takes the materials of its immediate predecessors alongside skills picked up across a four decade career, and creates something that sounds interesting and familiar at once.

Hence we have opener ‘White Sky’, worked up with electronica duo and abandoned Noel Gallagher collaborators Amorphous Androgynous, based around a driving blues riff and clattering treated drums: it’s genuinely invigorating. Though the point of the record where ‘Rock Weller’ is most in evidence - the rest of the album concerning itself more with soulish vibing - it still sets the tone: an album of feel, of instinct, and also one not afraid to throw some electronic bleepery, nor mess with shuffling time signatures and unexpected twists.

Here Weller channels Isley Brothers soul (‘Going My Way’) floaty pop with an afro twist (‘I’m Where I Should Be’) and driving, rhythmic R&B (‘Saturn’s Pattern’) and though there’s plenty of neat tricks and nifty shifts in mood along the way, it never feels artificial, gimmicky or forced- the master craftsman selecting the best tools. Thus ‘In My Car’ starts as a Seasick Steve style stomp and pipes Eno’s effects pedal collection over the top, and ‘Long Time’ takes a classic Velvets-meets-T.Rex riff and punctures it with Flash Gordon lasers, augmenting a messy solo with whistles and clicks that add atmosphere and spiky interest rather than overwhelming or undermining. The peak comes with ‘Pick It Up’, a faultless soul groove, all woozy bass, and jittery, spidery funk guitar that resolves into a gorgeous, organ-led chorus. It has the warmth of a late Sixties Muscle Shoals session, put through the sonic palette of the 21st century, with a guitar solo beamed in from a lost Beatles outtake.

In modern terms we can’t really call Saturns Pattern a 'masterpiece.' That would be hyperbole, it’s a phrase we need to keep in reserve so it doesn’t wear out, but in the classic sense this is yet another worthy piece from an undeniable master.