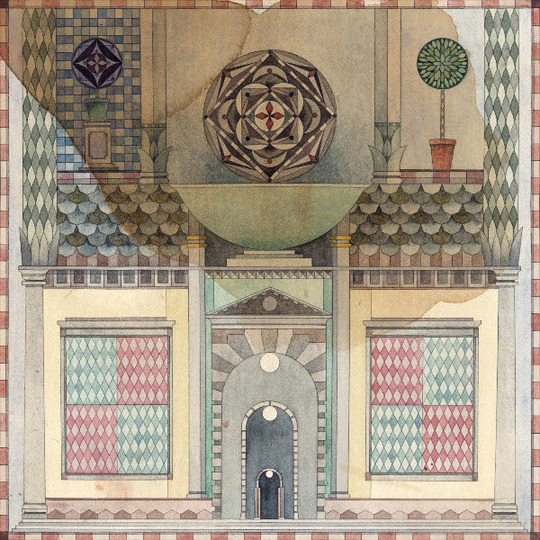 It must be strange to go into the studio to make an album knowing that, no matter what happens, the results will never be good enough for a large percentage of listeners. This is the predicament facing Refused who, in case you’ve been living under a rock for the past few months, are no longer fuckin’ dead but back with a brand new follow-up to 1998’s The Shape of Punk to Come, which remains possibly the most influential hardcore punk record of all time.

The whole philosophy of The Shape of Punk to Come was spelled out in its most famous song. The rallying cry of “How can we expect anyone to listen if we keep using the same old voice? We need new noise, new art for real people!” was Dennis Lyxzén’s articulation of the belief that revolutionary political expression should be attached to equally revolutionary music. Whilst Refused’s sound borrowed noticeably from several influential late Eighties/early Nineties hardcore groups – particularly widely forgotten American groups such as Born Against, Ink & Dagger and Nation of Ulysses – their marriage of ardently anti-capitalist and non-conformist lyrics to similarly offbeat music was entirely their own. The Shape of Punk to Come threw hardcore, post-punk, jazz and electronica in a blender and managed not just to be inventive but even accessible. Yet, when the album was released, nobody seemed to care and the band split after a disheartening and chaotic tour of the United States, firing off a fiery missive to the music industry and press in the process.


Thirteen years after the band split they announced their reunion, initially just as a touring outfit. In the interim between the two periods of activity they had gained a legacy most bands would kill for. Fans flocked to the shows and, almost universally, praised them. That won’t be the case with Freedom. It’s not even out yet and the internet is full of people queuing up to argue that Refused releasing a new album in 2015 is the band 'destroying their own legacy', or branding them 'sell-outs'. To say that this record is set to be divisive, then, is probably something of an understatement, but it hardly seems fair to blame a group as politically committed as Refused for taking an opportunity to spread the political messages at the heart of its music to a far wider audience than they could ever have dreamed of before.

‘Elektra’, already released as the first single, in many ways sets the stall out for what is to come. “The time has come, there’s no escape… but down in the dirt, nothing has changed” effectively serves as the band’s modus operandi for the record as a whole. Seventeen years have gone by and the world is still dominated by corporate interests, and it’s still the rest of us that suffer. ‘The Refused Party Programme’ is as relevant today as ever.

This is a theme that unsurprisingly runs throughout the album, although in typical Refused style, there are a number of different specific targets. So when ‘Old Friends / New War’ – possibly the album’s best track – takes aim at “the apologetic herds”, it seems safe to assume that it’s critiquing the masses continue to unquestioningly accept the status quo. ‘Françafrique’, meanwhile, appears to be a condemnation of continuing European colonialism, and powerful closer ‘Useless Europeans’ attacks the disconnection between the west and the many problems that continue to beset the rest of the world.

What’s more likely to take fans by surprise, on giving Freedom its first spin, is not its choices of political targets but the variety of music on display here. The already released ‘Françafrique’ has already attracted a barrage of criticism. Kristofer Steer’s funk-influenced guitar is one thing, the “murder, murder, murder, murder, KILL, KILL, KILL” section of the intro is another. It’s a track of contradictions, with some of the album’s most visceral lyrics attached to some of its most 'poppy' – if you’ll forgive the term – music. With the exception of the aforementioned intro section, however, it works. If Refused’s new noise in 1998 was a brave new approach to hardcore then in 2015 it makes perfect sense for part of their approach to be a complete rejection of a style that – like seemingly everything else – has in part been co-opted by the mainstream.

Those dismayed by ‘Françafrique’ won’t be appeased by much of the rest of Freedom. There’s plenty of other tracks here that do things that would never have been done on The Shape of Punk to Come. ‘War on the Palaces’ comes complete with horns, ‘Old Friends / New War’ features stuttering acoustic guitar and an almost trip hop-esque rhythm, whilst ‘Dawkins Christ’ and ‘Destroy the Man’ feature backing vocals one might expect to hear in a chart pop song. In fact, two of the more straightforward tracks, ‘Elektra’ and ‘366’, which incorporates clear musical references to the band’s past, are those co-written by Swedish pop supremo (and massive Refused fan) Shellback.

And yet, somehow, it all sounds equally like Refused. The conviction put into every moment of this record, much like that they put into every second of their original reunion shows, makes Freedom a more than worthwhile comeback. It would have been easy for the band to chuck out ten half-assed Refused-by-numbers tracks and milk their famous sound for all it was worth – the tracks that sound most like something Refused might have written if they had stayed together in 1998 are often the least inspiring, for example ‘Servants of Death’ – but by clearly playing by their own rules they have created a record that makes a superb case for the band’s continuing musical, as well as lyrical, relevancy. There weren’t any punk bands quite like Refused in 1998. There sure as hell aren’t any quite like them now.