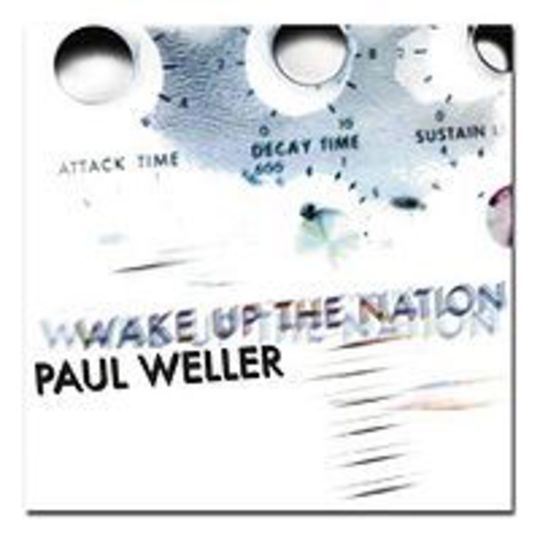 The news that Paul Weller is about to unleash a new album, his twenty-second in all and tenth as a solo artist, won't set many pulses racing outside of those whose excitement levels peaked thirty years ago. Despite possessing one of the most loyal fanbases around, it would be fair to say that musical progression would be about as welcome to your average Weller devotee as Ashley Cole at a Girls Aloud aftershow. In fact, one of the reasons why Weller has maintained such popularity despite releasing largely insipid, generic records for the bulk of his solo career has been down to an unwillingness to step outside of his classic rock meets rhythm and blues comfort zone.

That's not to say that there haven't been occasional sparks of inspiration. Last album 22 Dreams marked a more eclectic journey, and while it still exorcised his Steve Marriott demons via Noel Gallagher's most pedestrian chord changes, it also included the quite excellent 'Have You Made Up Your Mind' which at least demonstrated that he hadn't quite lost his creative touch since the day the abominable Tight Fit knocked 'Town Called Malice' off the number one spot and effectively spelled the end of The Jam once and for all.

Since that often talked about split back in 1982, Weller's career has experienced something of a topsy-turvy ride through heaven, hell and high waters and despite the endless plaudits heaped on the near flawless works of his first outfit, its a sad indictment of the past two-and-a-half decades that his lasting legacy will probably be remembered Ocean Colour Scene, Red Wedge and The Enemy.

Wake Up The Nation then is hardly expected to live up to its boisterous title. However Weller has one or two surprising aces up his sleeve. The first, and most appealing to his band of disciples is the revelation this record will be the first time he's collaborated with former Jam bassist Bruce Foxton since that acrimonious parting of ways twenty-eight years ago. The second, which will undoubtedly raise a few curious eyebrows in DiS-related territories, is the fact My Bloody Valentine's Kevin Shields also contributes to one of the songs on Wake Up The Nation, an unexpected turn up for the books considering Weller's recent assertion that all shoegaze music was "bollocks".

Comprising sixteen tracks in all, Wake Up The Nation is a hefty compendium of both inquisitive oddities and the deftly familiar. If anything it will only succeed in dividing the masses who worship the peppered grey feather cut while providing pause for thought to those who'd caustically dismissed him as past his sell-by date years ago, one's good self included. What's more striking is the fact that despite the impressive array of guest musicians - Bev Bevan, formerly of The Move and ELO along with Barrie Cadogan (aka Little Barrie) also make cameo appearances - its the frazzled psychedelia of 'Andromeda' and West Coast inspired fizz of 'Find The Torch, Burn The Plans' that stand out here, neither of which boast anything more than Weller himself, his usual Steve Cradock-led backing band and a brief backing vocal from the Modfather's daughter on the former.

Elsewhere, 'Aim High' out-Shields the MBV mainman's own contribution, its delayed loops of heavy reverb echoing through Wake Up The Nation long after Shields and Weller's '7+3 Is The Striker's Name' has disappeared into the sunset. 'Trees' meanwhile, haughtily inspired by the death of Weller's father, magically combines several pieces of music into its four minutes, borrowing unashamedly from The Action's 'Land Of A Thousand Dances', Spencer Davis Group's 'Gimme Some Loving' and the Small Faces 'Donkey Rides A Penny A Throw'. When Weller implores "I love them and they love me", his breathless delivery signifies the most heartfelt moment on the entire record. Indeed, had Wake Up The Nation been cut in half to a more succinct eight - ten at the most - songs it could possibly have found itself heralded as his most impressive body of work of work in decades.

Unfortunately, the aforementioned ambitious segments find themselves married and occasionally weighed down by the pedestrian likes of 'Grasp And Still Connect' or 'Aim High', both of which take the safe conventional option of Weller-by-numbers rather than the audacious extravagance of 'Find The Torch...' for example. Foxton's two contributions, the blink-and-you've-missed-it thud of 'Fast Car/Slow Traffic' and 'She Speaks', which could be an updated outtake from Ogden's Nut Gone Flake in a parallel universe prove worthy if slightly glancing additions, while the opening couplet of 'Moonshine' and the title track sound more like Primal Scream than Bobby Gillespie and co., Beautiful Future era rather than XTRMNTR, naturally.

Overall, Wake Up The Nation isn't a bad record, but it can be a bovine test of endurance, at least if one is to devour all sixteen tracks in one sitting. Had the quality control officers had the guts to stand up to its creator in chief, this could have been an endearing re-affirmation.