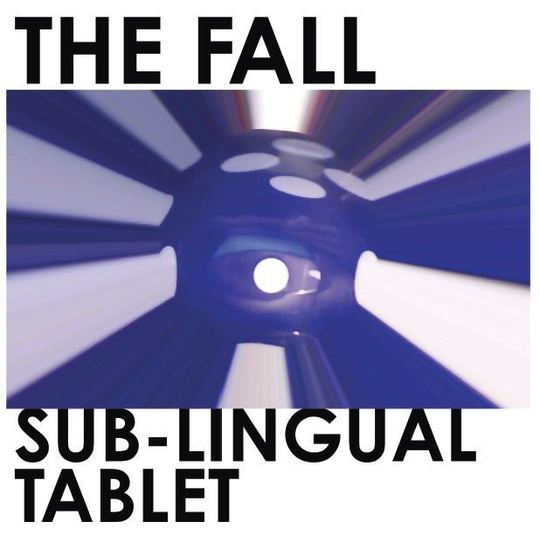 Reviewing a new album from The Fall in 2015 is a pretty thankless task. There’s only so many times the same old clichés about the group can be churned out, and yet there’s also no way of writing about a band releasing their thirty-first album without making heavy reference to their formidable reputation. Mark E. Smith’s juggernaut has staggered wonderfully erratically on the margins of the mainstream long enough now that the bands influenced by the bands that were originally influenced by The Fall are now influencing new bands. Although this means that many of the troupe’s signature moves are audible in the work of legions of other groups, it doesn’t change the fact that The Fall continue to stand proud. There is a point to their continued existence that is easily overlooked if one is unfortunate enough to attend one of their more underwhelming live shows.

It has, of course, become de rigueur when writing about The Fall to point out that the band’s membership history has been chaotic in the extreme. Until recently, that is. The line-up of keyboardist Elena Poulou, guitarist Pete Greenway, bassist Dave Spurr and drummer Keiron Melling have held together for eight years now. The only change is the recent arrival of second drummer Daren Garratt. Other than that it’s worth remembering that, in contrast to much of The Fall’s catalogue, what one gets with a new Fall album nowadays is the sound of an actual band. There’s a distinct possibility that MES not only likes his current bandmates but actually trusts them to a certain extent as well; whether this is necessarily a good thing or not is something that will be returned to.

‘Venice with the Girls’ opens the album in typical fashion, and it’s obvious by the end of the track that the addition of Garratt is not going to result in a new wave of serious tinkering with The Fall’s classic sound. Instead what we get is a series of tracks that could fit into almost any period in the band’s catalogue, which is pretty much all that most Fall fans can ask for anyway. ‘Black Roof’ is the sort of wonderful little oddity that all good Fall records throw in somewhere along the line, and

‘Dedication Not Medication’ is full of restrained menace, driven by its propulsive rhythm section and subtly haunting keys. Towards the back end of the album, meanwhile, there’s the strangely hypnotic ‘Fibre Book Troll’ and the delightful closer ‘Quit iPhone’, in which MES questions “[i]Why don’t you just quit that phone? Why don’t you live alone?[/i]”

The real star of the show, however, is ‘Auto Chip 2014-2016’. A ten minute track that sees the band settle into the same sort of delightful groove that they find in their best live shows these days. It’s a hint at where The Fall could go if they cut loose a little more in the studio, but the fact that it’s the only track to take such a long-form approach is perhaps indicative of John Doran’s recent comments that the settled band line-up means The Fall sound 'more comfortable' than in years gone by. Not that this should detract from the song’s quality; it flashes by in what feels like half the time of some of the shorter tracks here. Despite this, one can’t help but thinking that a Fall album of, say, five or six ten minute-plus tracks would likely produce some pretty amazing results.

As with every Fall album post-1988, there are moments here that noticeably fail to live up to the record’s highlights. The trio of ‘First One Today’, ‘Junger Cloth’ and ‘Stout Man’ provide a mid-album lull. The former pair are simply less interesting takes on ideas found elsewhere on the album, whilst the latter is a slightly bizarre cover of Stooges rarity ‘Cock in My Pocket’. Whilst there’s something extremely pleasing about MES snarling about a “big fat man pushing a little pram”, ‘Stout Man’ sticks out like a sore thumb with its clattering riff-driven approach, and it would probably have been best left for an EP or whatever counts as The Fall’s current equivalent of the endless Peel sessions of yore.

Of course, The Fall have been less a band and more an institution for a good couple of decades now, so it’s unsurprising that the consistency of their output has waned. To expect something as perfect as Hex Enduction Hour or This Nation’s Saving Grace in 2015 would be ludicrous. However, this is less to say that MES’s powers have dimmed, more that the impact of The Fall’s work has effectively become cumulative rather than immediate. Each new album is an addition to their previous work, and to judge in isolation is perhaps of limited value as a result. Having said that, there is always the potential that – for someone out there – Sub-Lingual Tablet will be an introductory Fall experience. Thankfully there’s enough genuinely high quality Fall material here to ensure that any newcomers to the band are fairly sure to move directly from ‘Quit iPhone’ to ‘Frightened’, ‘The Classical’, ‘New Big Prinz’ or another classic Fall album opener. That can only be a good thing.