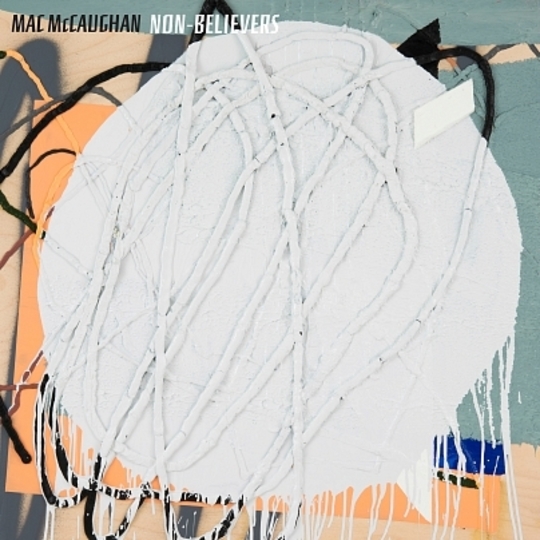 The first solo album under Mac McCaughan’s real name is a suitable departure from his day job in pop punk legends Superchunk. For while there are inevitably traces of the hyper-teen McCaughan screaming with his endlessly escalating excitement, ‘Non-Believers’ reflects his increasing years, as he revisits an aesthetic that burgeoned in the Eighties. Most notably, this endeavour drowns in 14-foot swells of melancholy.

Even when McCaughan has taken a side step with his other solo moniker, Portastatic, he hasn’t ventured this far from the Superchunk aesthetic. Non-Believers is filled with chunky keyboards, rudimental drum beats and chasm-chiming guitars.

So at first, for a Superchunk fan, this feels like a departure too far. An indulgence back into the Eighties without any Superchink trademarks pointing through comfortingly. With repeated listens though, there is plenty in McCaughan’s melodies to warm the old fans, yet there’s also a genuine engagement with the sound of sadness. ‘Non-Belivers’ displays a willingness to play to the tempo of sad pop, rather than compress sadness into frenetic punk songs.

‘Your Hologram’ opens the collection; a slow keyboard riff is picked out over guitar washes and a simmering ride symbol that gives the track a soft focus. McCaughan’s chorus of “I’ve been staring at your hologram, trying to make it real” could soundtrack a rainy moment of reflection in Weird Science, if that movie had any emotional touch points that weren't loin related. It’s a curve ball.


The second track, ’Lost Again,’ clatters along beautifully; a four-four baseline rattles with treble and a single guitar line, panned left and right with echo, repeats a two note riff that rolls out sumptuously. This music is McCaughan’s most evocative offering, for despite the song referencing a lost friendship in a balmy September this has the grace of falling snow.

Not all of this is spun gold, ‘Only Do’ sizzles nicely and the fuzz of the keyboards recall The Anniversary’s debut album and all the power that contained. But the chorus of “There is no try, there is only do” doesn’t punch with the energy the song describes. It’s mid-tempo, but it still doesn’t quite cascade enough to swallow the listener.

With ‘Real Darkness’ the album peaks. The guitar line could come straight from the hands of Robin Guthrie, accompanied by a suitably staccato drum machine. The falsettos that sigh “smile kid, smile, until you know” before melting into the harmonies of the refrain “real darkness” are blissful. ‘Barely There’ is the least assuming anthem going and ‘Wet Leaves’ feels so fey it could run with Magnetic Fields through a Portlandia sunset while the female backing co-vocals evoke the sound of ‘Just You And I’ as sung by Donna Hayward and Maddie Ferguson.

Non-Believers may disarm at first, but after a couple of listens this will quickly hook into the ears and heart as every Mac McCaughan venture does. This is his dusk album.