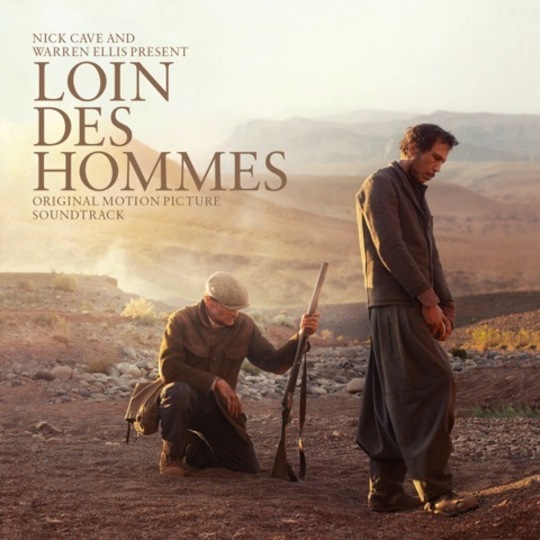 The final five minutes of Andrew Dominik's The Assassination of Jesse James by the Coward Robert Ford stand out as their own quite magnificent short film. It is storytelling at its highest peak, made whole by key narrative elements with the integral piece provided by Nick Cave and Warren Ellis.

As the closing narration - a graceful supporting character in its own right - soberly reminds us, the man who shot Jesse James would never come anywhere remotely close to matching the legendary outlaw in terms of recognition or revere. He would become a figure of widespread hate up until his own inglorious demise. 'There would be no eulogies for Bob, no photographs of his body would be sold in sundries stores, no people would crowd the streets in the rain to see his funeral cortege, no biographies would be written about him, no children named after him, no one would ever pay 25 cents to stand in the rooms he grew up in.' One hundred and fifteen years later, two musicians would finally grant the man a most beautiful form of clemency.


There's something heartbreakingly poignant about composing such an elegant piece of music for someone so flawed and ultimately broken. Nick Cave and Warren Ellis understand the struggle of the human condition and thus the tragedy of Robert Ford. Their soundtrack work captures tremendous atmosphere - arid hill valleys and desolate landscapes emerge as living, breathing figures under their watch - but their primary concern is the evoking of character and emotion. With David Oelhoffen's Loin Des Hommes (Far From Men), they wander into territory previously traversed on The Proposition and The Road.

Adapted from an Albert Camus short story (L'Hôte), the award-winning Viggo Mortensen-fronted French production unites two men of different backgrounds during the Algerian civil war as they attempt to overcome personal barriers and impending violence. From the outset, Cave and Ellis paint an elegiac picture awash with understated portent. The pair mirror the pace of the film with drone-like stretches and rely heavily on Ellis' skill with the violin, his loops once again twinning as omen and cathartic surge alike. Though used sparingly enough, Cave's piano notes resonate in a similar manner to his piercing individual strikes on 'Song for Bob' - most notably on the brief yet haunting 'Teacher's Farewell' - even if none of the arrangements here tie together to create as cathartic a moment. 'Dust Storm', one of only two movements to stretch beyond five minutes, comes close but the howls here are mostly quiet.

The quiet is inviting. Loin Des Hommes, concerned with containment and a sense of discipline, stands as the Australians' most experimental score to date though never loses focus. A richly ambient affair, it makes for a particularly strong listen via headphones, dread-soaked mist and hopeful shimmers given heightened impact. It is a heavy tone, murk and mire regularly encountered along a tricky and alien path. At times the blur overwhelms, the recurring motifs a touch dizzying. Still, there are very few others with the ability to make isolation sound this bewitching. The wayward souls who Cave and Ellis continue to find themselves drawn to rarely have it easy, so why should we?