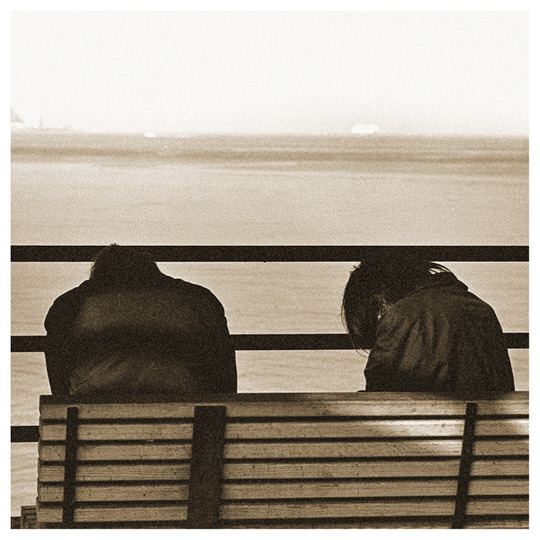 Imagine a large paper sack full of sugar, wrapped in barbed wire and attached to a chain. Now imagine it being swung round and round like a mace, wielded by a grinning, beautiful maniac in the middle of a crowded street, scraping and gouging the faces of passers by, trailing grainy, crystalised sweetness that mixes with blood and spit to form a gory syrup which oozes down the street, attracting wasps and dogs and flies and degenerate kids, who roll about in it, laughing. Metz are a bit like that, only a three-piece punk band from Canada.

The trio present a solid, abrasive wall of sound; not in the sense of Phil Spector’s dense textures, but in the sense of a massive, fuck-off brick wall. It’s a 'wall of sound' you could crash your car into. These are slabs of noise, primitive, uncomplicated, solid. Buried in each one is real melody and proper hooks, but those melodies have been encased in concrete and that concrete has jagged, broken glass stuck in it. If it really was a wall it'd be the kind you build around prisons with the express purpose of brutally maiming anyone who tries to climb over. ‘Spit You Out’ fills fits and pauses with buzzing dischords, then hits you over the head with the cricket bat of lumpen heavy metal distortion, ‘Nervous System’ starts with a violent, acid-stomached scream and takes its cue from there. It’s ace. The whole record is a dizzy, punk joy- taking itself far less seriously than most proper hardcore bands, whilst sounding twice as aggressive as any of them, and with better tunes.

There has been some evolution since their self-titled debut (this one carries the characteristically brief moniker of II) the vocals are no longer buried at the bottom of a quarry under 200 tons of sonic granite and you can actually pick out the occasional lyric this time. There’s more space, and a better sense of dynamics as well - It’s a subtle change (if anything about Metz can be said to be subtle) but there’s a greater feel of depth here, the songs have more interesting journeys, whether through ‘Wait In Line’s’ distended instrumental belly, or the way ‘The Swimmer’ swells its tinny hammer-and-anvil beat, like you’re listening through a wall, into a walloping monster. Some of their more ridiculous tropes seem to have been reined in too, though there is a 30-second noise-sketch called ‘Zzyzx,’ a title which gains in Scrabble points what it lacks in ease-of-pronunciation.

There is still something a little retro here- they couldn’t sound any more Sub Pop if they all came out with “Loser” t-shirts and cardboard masks of Mark Arm’s face, and as with their debut, much of the record’s musical backbone, especially ‘Landfill’ and ‘IOU’, would sit comfortably on Nirvana’s Bleach. It’s not just Alex Edkin’s uncannily Cobainish howl either- those primitive sludge-punk riffs and fuzz bass detonations are pure proto-grunge. Hell, if you see them live they even use similar gear to Nirvana. It feels like they’re moving in the right direction though- there’s more nods to post punk here, with Edkins’ voice taking on a nasally John Lydon quality. Opener ‘Acetate’ with its shifting time signature, and choppy, scything guitars has more than a dash of PiL in its grimy mix. They’re a much weirder band than Mudhoney or Nirvana too, less eager to please and much keener to scoop their sound into a blender with a couple of iron nails and blitz it. Beautifully brutal weirdo punk.