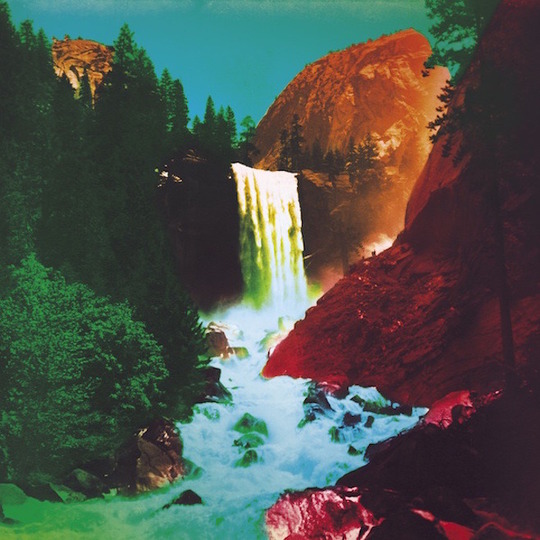 Ever since they first appeared around the turn of the century, My Morning Jacket have hung their hats on the lungs of Jim James. His huge voice, ably supported by levels of reverb only attainable in top secret government wind tunnels, was the essence that MMJ built their sound around, starting with enigmatic alt-country sketches before veering into classic Southern rock, radio-friendly funk and mid-tempo balladeering. But recently, that voice has spent more time in other pastures, with James seeming to prefer either his own company (his debut solo LP came out in 2013) or hanging with like-minded others, turning up on any number of other albums as a backing vocalist or playing a central role in projects such as the ‘new’ Basement Tapes Lost On The River. Musically, a lot of these projects have been more cohesive or just a lot more fun than MMJ’s most recent efforts, with 2011’s Circuital being okay at best.

So why has James gone back to the band for another LP, when he could be hanging out with Conor Oberst or Elvis Costello? Thankfully, The Waterfall shows that My Morning Jacket are more than just a backing band for their leader with the big lungs, and they’re still able to sharpen his songs into something truly potent. There’s something unashamedly big and bold in the music made by these particular five people, and it’s there from the start of this album in ‘Believe (Nobody Knows)’, keyboards and building drums directing us towards a chorus that’s as expansive and thrilling as the Californian countryside it was recorded in. There’s also the slightly weird stuff here that MMJ do so well, in the shape of ‘In Its Infancy (The Waterfall)’. On first listen it’s simply four or five ideas spliced next to each other in some sort of prog-country soup, but after another couple of listens a strange wonky beauty becomes apparent, as the beautific slide guitar makes way for James’s hypnotic refrain. Later on there’s some synth action as well, just for good measure, and a monster guitar solo exactly as you’d expect, and then you’ll find yourself singing it for weeks afterwards.

Next to these more immediate moments, there’s the quiet reflection that was key to My Morning Jacket first capturing our attention, and thankfully on The Waterfall it tends to veer away from the stodgy MOR that has dragged down recent LPs; 'Get the Point’ livened by some keening steel guitar and gentle finger-picking guitar.

As some of the song titles already mentioned suggest, James’ lyrical inspiration is still very much the mystical, the quasi-religious, things going round in great big circles and brackets being needed in order to get the full message across, man. How much of this you can stomach will probably depend on how much My Morning Jacket you’ve come into contact with before – if you’re adverse to any sort of cosmic mumbo-jumbo you’d be well advised to steer clear, but if you’re not afraid of a man whose solo album was called Regions Of Light And Sound Of God, you’ll be fine. The boisterous, almost-live feel of the production, and a leaning towards big, striding choruses and unashamedly anthemic moments means that things never get too ponderous. ‘Big Decisions’, for instance, sounds like it’s being beamed in live from a festival headline slot, while ‘Tropics (Erase Traces)’ with its two-minute intro of spiralling guitars, is the kind of unashamed classic rock dads will tell you nobody makes any more.

Throughout it all, of course, is that voice, one moment shivering and fragile, the next cavernous and booming. Together with music that’s both more imaginative and more straight-forward than on other recent efforts, it underlines why My Morning Jacket are still an important medium for Jim James’s muse.