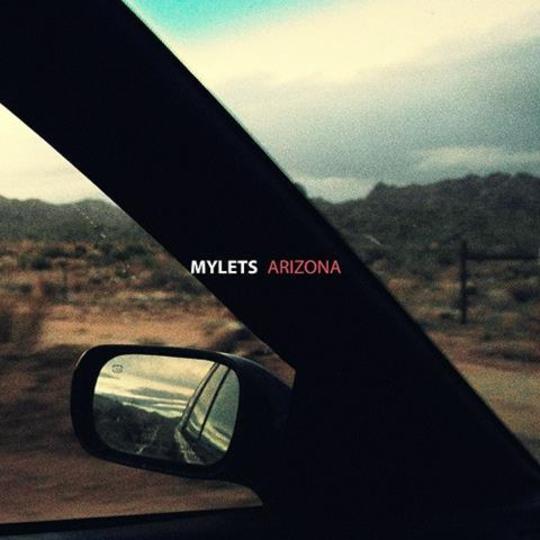 Read anything related to Henry Kohen aka Mylets and the words 'wunderkind' and 'prodigy' are highly likely to feature. The laser-focused one-man machine may not be able to celebrate the release of his new record with a legal drink in his native Indiana but his youth is simply an intriguing footnote as opposed to a Strypes-like gimmick.

Arizona, his second record in as many years, achieves a state of coherence that often eludes many veterans of the music industry. Over 28 minutes, Kohen makes each one count. He throws punches immediately with 'Trembling Hands', the kind of diamond in the rough song you might find when skipping through a CD superglued to the front page of Kerrang! or Rock Sound. That's not to damn it with faint praise, more an appreciation of its unabashed sonic snark. Comparisons have been made to Nine Inch Nails and it certainly treads a similar spiky industrial and vocal path, but 'Trembling Hands' also serves as the perfect showcase for Kohen's inventiveness and dexterity.

His set-up, as seen above, keeps both him and the song particularly busy on the album version -

'Accomplished' is a decent catch-all phrase for Kohen's second set, though that does imply some sense of boredom. Arizona is never dull. Its creator is too much of an impish figure for that, regularly darting from one peak to another, throwing out a new flourish to stave off the feeling of paint-by-numbers structure. Vocally, he may be quite raw but his style makes for a cute counter-balance to tightly-wound arrangements and production. This is perhaps best realised on 'Ampersand', a brief yet considered light/dark traverse that culminates in a giddy guitar line and a desperate vocal grasp. He's equally feverish on 'Honeypot', building up walls and quickly smashing them back down.

There's the sense that Kohen is constantly building something here, figuring out all the cogs and gears as he goes along, crafting his own education having swapped out college for sleeping on the floor of his record label. He's previously spoken about the idea of passing the Mylets moniker onto someone else someday, giving it the chance to evolve over time on its own terms. Should such a thing come to pass, Arizona provides every reasonable expectation that Kohen will leave a tremendously tough act to follow when the time comes.